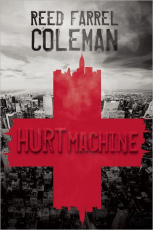 Writing Tips From A Pro

For the past five years, I’ve taught a summer class in writing—How To Write Genre Fiction or How To Write A Novel—at Hofstra University on Long Island. It’s a three credit class open to regular students, graduate students, and continuing education students as well. Furthermore, it’s an accelerated class in that I must teach a full term’s worth of material in two consecutive weeks—four hours a day, ten days in a row. In order to accomplish this I had to learn how to reduce lessons down to their most impactful, economical forms. Then, two years ago, Larry Light, the current Executive Vice President of Mystery Writers of America—a position I once held—came to me and asked me to lead an effort to develop an idea called MWA University. This was to be a program where Mystery Writers of America would offer six hours of college level writing instruction on a single day as a member benefit. Six hours sounds like a lot of time, but in reality it is very little to teach the basics of fiction writing. Again, I was forced to concentrate my lesson plans even further. Here are just some of the bits of writing advice I give to my students that I have developed along the way.

Setting: Setting is so much more than time and place. Setting is also the clothing the characters wear, the languages they speak, the slang they use, etc. Setting is very much about the popular culture of the time period. Whether you are writing about Renaissance Florence or 1970s New York City, getting the pop culture right will really lend an air of authenticity to your work. What music were people listening to? What TV shows or radio shows were popular? Who was big in politics? What were the prevailing attitudes on religion, sex, etc.? Get setting right and it will help the readers lose themselves in the work.

Character: There is no such thing as a minor character. Think of all your characters as being three dimensional, of all having internal lives. Let’s say you are writing dialogue between your protagonist and a bartender. If all you see in your mind’s eye is the word bartender, your writing will be generic and unengaging. If you conceive of the bartender as having physical characteristics — a mustache and a heart tattoo, for instance — that will elevate the writing to the next level. However, if you conceive of that bartender as having feelings, of having been loved and loving, of having a full range of experiences and emotions, your writing will sing.

Tone: Tone is one of the most important aspects of writing, but because it is so difficult to explain, it is often overlooked. Tone is more than mood and is slightly different than atmosphere, but incorporates both. To understand tone, do the following exercise: Download “Perfect Day” by Lou Reed and “Lazy Day” by Spanky and her Gang. Print out the lyrics for both songs. Listen carefully to both songs one after the other. Both songs are about exactly the same subject: two lovers spending a day in the park together. However, they couldn’t be more different in tone. When you hear the difference, you will understand tone.

Dialogue: In real life, no two people speak alike, yet in books characters often speak very much like each other. Characters should never sound as if one person is writing all their lines. Give each character with dialogue some unique characteristic in their speech. For instance, have one character drop the letter g at the end of words ending in ing. Have one character end his or her lines with questions. Have a character repeat words. Think of Yoda from Star Wars. His speech is unmistakably his. The possibilities are endless. Also, avoid using adverbs in attributions. Don’t write things, “she said conspiratorially.” And don’t strain yourself to find synonyms for said, asked, or answered. Just use those words.

Voice: Voice is not dialogue. When I speak of voice I am speaking of the author’s voice. Too often new writers wed themselves to imitation of another writer’s voice. For instance, when I began writing crime fiction, I wrote too closely to Raymond Chandler. Voice is the most unique thing about you, so don’t be afraid to use it. Here’s an exercise for your writers group: Have all the group members describe in two paragraphs the last ten minutes before they came in the door. Usually, most of you will have done almost exactly the same things — stopped for coffee, parked the car, walked up to the door, etc. The funny thing is that although you have all done the same or similar things, your two paragraphs will be unique. That distinctiveness is your voice. It’s how you say it, not what you say. Why be a second rate version of someone else when you can be a first rate version of yourself?

Description: To paraphrase Elmore Leonard, leave out the parts of a book that the readers will skip over. Because of modern media delivery systems — TV, movies, iPads, PCs, smart phones, etc. — the reader can see or is already familiar with many images writers once spent pages describing. There is no longer any need to do volumes of visual descriptions. A writer is better served appealing to the readers’ other four senses. Smell and taste are particularly powerful. One mention of the scent of fresh cut grass or frying bacon is far more effective than reams of visual description.

Reed Farrel Coleman, author of Hurt Machine, is the former executive vice president of Mystery Writers of America. He has published twelve novels — two under his pen name Tony Spinsosa — in three series, and one stand-alone with award-winning Irish author Ken Bruen. His books have been translated into seven languages.

Reed is a three-time winner of the Shamus Award for Best Detective Novel of the Year. He has also received the Macavity, Barry, and Anthony Awards, and has been twice nominated for the Edgar® Award. He was the editor of the anthology Hard Boiled Brooklyn, and his short fiction and essays have appeared in Wall Street Noir, The Darker Mask, These Guns For Hire, Brooklyn Noir 3, Damn Near Dead, and other publications.

Reed is an adjunct professor at Hofstra University, teaching writing classes in mystery fiction and the novel. He lives with his family on Long Island.