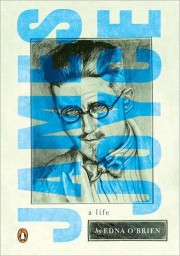 In this short biographical sketch of a difficult but revered literary icon, Irish-born novelist Edna O’Brien describes James Joyce as a tragic man of great genius. Part of the Lives series published by Penguin Books that matches a contemporary writer with a historic figure, James Joyce: A Life presents an engaging and sympathetic profile of an unconventional personality.

Rather than attempting a comprehensively fact-laden portrait of her subject, the biographer instead chooses to focus on specific events and individuals that significantly influenced Joyce’s life and writing. Quoting extensively from his well- and lesser-known works, as well as family letters, diaries, and an array of secondary sources, O’Brien manages to capture something of Joyce’s distinctive literary style and complicated, paradoxical nature. Although it’s not an unbiased account – O’Brien is the 2006 recipient of the James Joyce Ulysses Medal for literature – it is an enjoyable and accessible one. This book is recommended for any reader with an interest in Joyce lore.