Preachin’ the Blues: The Life and Times of Son House 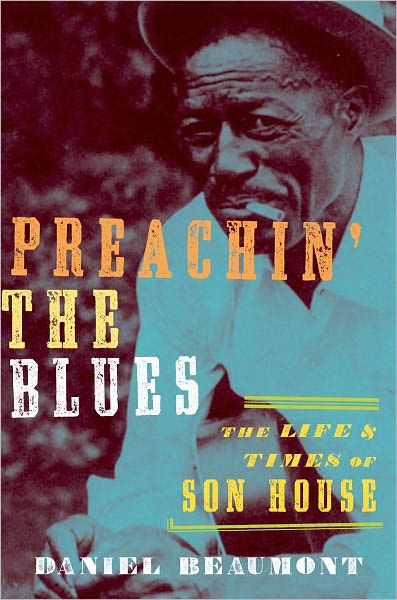 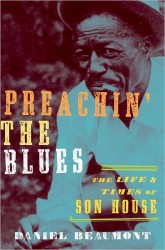 Son House was one of the most important of the Delta blues guitarists.  During the 1960’s, as a result of numerous blues re-issue recordings, an informal group of young white blues aficianados searched for, and found such blues men as House, Mississippi John Hurt, Skip James, and Bukka White, Beaumont offers details of the search for House, who unlike some of his peers, had not played in years, and was in very poor health.  Considerable research finally uncovered that House had been living in Rochester, New York for years.

Beaumont is an excellent writer, and he avoids the plethora of details that some other blues biographers have been caught up in.  He offers moving descriptions of House’s eternal struggle between his life as a preacher, and his need for alcohol and sex.

It is too bad that so many blues biographies have appeared years after the death of the artists.  This has obligated biographers to deal with prior magazine articles, and aging informants with poor memories.  In that sense the interviews with younger Rochester black blues man Joe Beard are more life-like than the quotes from various white blues scholars.