Writers on Writing – It Takes More Than a Village

It Takes More Than a Village 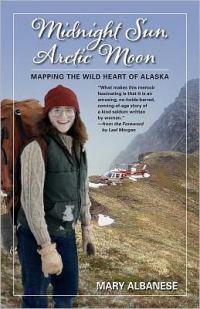 After spending the past 20 years writing, studying the process academically, or teaching writing, I have developed some thoughts on the subject that might be useful to other writers. Here goes.

I write the first draft for myself, taking special care to ignore my inner editor, the doubter. My goal is to write like a lion, brave and fearless, but also with stealth as I stalk ideas in the rich, dense forest of my mind, teasing those crafty little thoughts out into the open before I pounce. For re-writing, I keep the audience in mind and aim to re-write like an eagle, ruthless and all-seeing. This is a different kind of hunter chasing the good story, but the re-writing is where the work comes off the ground and starts to soar. At the same time, it is a messy process, with entrails strewn around, so I must be prepared to get dirty.

What happens when a character starts to run away with the story? I let him. When I get to the editing, that’s where I decide if this was an indulgence or a viable new direction for the work. Sometimes I plot the whole book in advance, but not always. Early on, I might find the ending crashing over me like a wave. If so, I write that ending and then have to go back and fill in the middle. Having an end-point already done can help with that massive middle. I let each project dictate the process of how that particular book evolves, and feel there is no “right” way to do it. However it gets done is a small miracle.

When do I show others what I’ve written? I have to be careful with this. When a project is in its early stages, it is like a foetus — very fragile. Any little bump or jar can cause it to terminate, so I have to protect it in those early days. A well-meaning friend can kill a project. An admirer won’t help at all. When I do share the concept or the actual pages, I need to determine if the other person’s feedback deals with clarity (and is something to consider) or if it would re-direct my vision (and may be something to ignore). Once the project is shared, it gets harder to keep my self-doubter at bay.

Most people view writing as an additive process, but I see it as a winnowing process. I once heard that Michelangelo was asked how he could carve a horse out of a block of stone, and he replied that all he had to do was remove everything that wasn’t the horse. I feel that writing is very much like carving horses out of stone. My hardest job is to remove the things (all possible story threads and words) that are not the story I have in mind. Since there is an infinite amount of words and storylines possible, this is a tall order. In fact, I think that the “blank page” syndrome is not so much about the fear of facing an empty page, but about facing an infinitely full mind, and forcing yourself to reject everything that isn’t the story. Once you know your vision for the story, this is the first and most important step towards being able to get to the end of that path.

The beauty of writing is that if isn’t quite ready yet, I can stick it right back in the pouch, like a mother kangaroo, and allow it to keep developing.

If I’ve done the job correctly, the writing looks effortless. If it is breezy to read, most readers assume it was easy to write. Only another writer knows better. Only another writer could possibly understand that a book that reads with the speed of a gazelle was probably written by a relentless plodder. Once again, I think it is often the turtle and not the hare that ultimately wins this particular race.

Writing is the most difficult cognitive task that humans do. This is why advanced degrees are based on the successful production of a significant piece of writing (the thesis or dissertation). The higher the degree, the more sophisticated is the piece of writing required. A book is even harder to write, because it must not only be clear and concise, it has to be as captivating as a three-ring circus, with tigers leaping through burning hoops and elephants in tutus and all manner of amazements and unexpected delights that come in at just the right moment.

It might take a village to raise a child, but the way I see it, it takes a whole zoo of animal skills and metaphors to write a book. 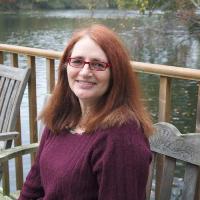 Mary Albanese’s autobiography MIDNIGNT SUN, ARCTIC MOON http://www.midnightsunarcticmoon.com/ chronicles how she went to Alaska and found herself drawn into the adventurous but dangerous world of an exploration geologist. Available now from Epicenter Press. For more information, see: www.MidnightSunArcticMoon.com