Confessions of an Accidental Novelist

Confessions of an Accidental Novelist

By Gary Slaughter, Author of the Cottonwood Series 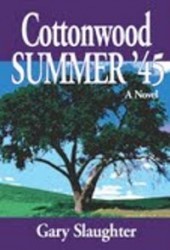 After completing my fifth Cottonwood novel, Cottonwood Summer ’45, it was abundantly clear to me that writing five, 400-page novels in less than a dozen years was far more difficult than anything I’ve ever attempted.

To meet my own rigid writing standards, I’ve worked over 15,000 hours in solitary confinement, quietly polishing more than 700,000 words. And my wife and business partner, Joanne, has spent at least that much time editing those words, conducting research, and publicizing the Cottonwood series.

Despite the hard work, this has been the most rewarding period of my life. Because of Joanne’s tireless efforts, we’ve received great reviews, marvelous press coverage, and six prestigious book awards. Hundreds of readers each year have told us how much these books mean to them. To top it off, my novels have been approved as U.S. History textbooks for high schools in Tennessee and Michigan.

The pure joy brought into our lives by this response has made it all worthwhile. So why did I wait so long before deciding to become a novelist?

Truthfully, I never aspired to be a novelist. It was an accident!

Here’s how it happened.

A dozen years ago, we were living in Naples, Florida. As a consultant to large corporations, I traveled to clients all over the globe. When one of them retained me to help launch a new business in Nashville, Joanne and I were delighted. Neither of us had ever visited Nashville before.

Upon arriving, we experienced a number of “fortunate” accidents. First without expecting to, we fell in love with the area and decided to move here. We found a great house but it required remodeling. During this period, I had a lot of time on my hands. Upon hearing this, our daughter suggested I use this time to record my childhood memories to share with our grandchildren.

With enthusiasm, I began writing my autobiography. But, after 50,000 words, I was totally frustrated. I wanted to write about childhood events that required verification from relatives and neighbors who’d been dead for decades. I was torn between preserving the truth and a fierce compulsion to use my imagination to embellish that truth.

Luckily, the compulsion won out.

Aspiring novelists are always advised to write about what they know. So when I began the Cottonwood series, I chose to write about the time and place and the events and people that I experienced firsthand, growing up in Owosso, Michigan during World War II.

So I accidentally became a novelist. But would I be successful? Thanks to another set of fortunate accidents, I discovered I could indeed succeed.

First, I was born into a family whose members were abundantly endowed with imagination, creativity, and humor. To succeed as a novelist, I drew heavily on my innate imagination. And mine was a family of storytellers. Every Sunday, at the family farm, we gathered in the cool shade of a giant elm tree where I listened to hours of colorful stories told by my grandfather, my father, and my uncles.

Another accident of birth was Owosso, Michigan, my hometown. The English teachers in Owosso’s public schools were exceptional. They prepared us to write extremely well before releasing us to go off to college. Early on, I had the basic tools to be good writer. All I needed was practice.

Finally, as a naval officer, I received extensive training in naval engineering, electronics, and communications. After the navy, I entered the emerging computer field. Over the years, I became an expert on improving the management of large, corporate information technology organizations.

Quite by accident, I had chosen a profession in which to excel I had to be a good writer, and my writing had to be published. Before launching my fiction-writing career, my list of non-fiction publications spanned four pages.

Without intending to, I had prepared myself for a career as a fiction writer.

Thus far, here’s what I have to show for my efforts:

Today, accident or not, I am a novelist and proud of it. 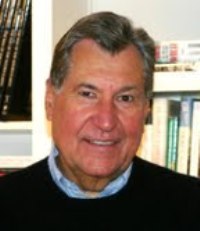 Gary Slaughter is the multi-award-winning author of the Cottonwood books. His critically acclaimed series includes five novels based on
home-front America during World War II.

Slaughter was born and raised in Owosso, Michigan. After graduating from the University of Michigan, he served six years at sea as a naval officer on destroyers.

Over the course of his distinguished business career, he became an expert on the management of corporate information technology. He traveled extensively, lecturing and consulting to clients both in the United States and abroad. During this time, his list of professional publications, including books, articles, and white papers, grew to more than four pages.

In addition, he founded several information services companies in which he played an active management role. He also served on the board of directors for many other businesses. But, he always dreamt about his early years in Owosso where he observed with boyhood fascination the German prisoners of war who were interned at Camp Owosso located on the outskirts of town.

He saw POWs every day at the local canning factory where they worked under the watchful eye of their Army guards with tommy guns at the ready. When two German prisoners escaped with the help of two Owosso women, the subject of German POWs seized his young imagination, and it’s never let go.

When not writing, he presents his “Behind the Book” talk to audiences of all ages. And because of his extensive knowledge of POWs in America during World War II, he frequently speaks on that subject as well. Slaughter and his wife Joanne make their home in Nashville, Tennessee. www.garyslaughter.com