Imagine someone trying to murder an 80-year-old woman in hospice during her last mile in life’s journey.  You’ve just envisioned the first chapter of Widow’s Might, the third book in my Liv Bergen mystery thriller series.  What would possibly motivate a person to take such a risk when the only gain would appear to be a handful of days difference in the timing of the woman’s ultimate demise?  She’s already in a drug-induced semi-conscious state to combat the pain, too far gone to realize her husband was murdered three days earlier.

I asked myself that question, a seemingly implausible ‘What If’, to create a plot with the goal of suspending a reader’s disbelief.  I use this technique with creating all my stories.  The premise for In The Belly Of Jonah, my debut novel in 2010, was whether or not I could convince readers that a jet stream of water could be used as a murder weapon.  Or more accurately, as a sculptor’s chisel for a very disturbed artist.

Lot’s Return To Sodom, the second book in the Liv Bergen series, was inspired by the all-too-real Sturgis Motorcycle Rally, an event hosting a half million bikers who descend annually on a tiny town in South Dakota, twenty minutes from my hometown in the Black Hills.  As a teenager, my softball coach – an FBI agent – told me stories of his work at the rally, stories that weren’t common knowledge or told to the press.  Each year after the wave of leather-clad tourists ebbed, the bodies of a woman or two who’d gone missing were found in the woods.  Of course, like so many others where I live, I assumed the murderers had to be one of the many motorcycle gang members attending the rally.  In fact, they weren’t responsible.   So I used the concept of pre-judging outlaw bikers to create a ‘What If’ sceneraio.  What if a local resident used the infamous motorcycle rally as a cover for a murder or two?  And why not frame a biker gang member in the process?

My ‘What If’ scenarios double as the base for a query letter or ‘pitch’ to agents.  The readers decide if I successfully executed the storyline around the unlikely premise.

As crazy as the idea sounds for Widow’s Might – a killer attempting to accelerate the inevitable end of an 80-year-old – the early reviews are offering me a whole lot of love for my efforts.   Starting with ‘crazy’ and ending with ‘love’ is the formula for my success as a writer.

First, I was crazy enough to think I could actually write, considering I’m an engineer, operating from the left side of my brain.  But I loved writing so much, I wrote ten novels before ever getting published.  Second, I was crazy enough to think I could actually be one in a thousand writers who ever get published and loved achieving within my first month the 7% of published authors who ever sell more than 2,000 books.  Finally, the craziest part of this journey is that I attribute my success in no small part to two very important segments of the book world who are often overshadowed by their Goliath-like counterparts:  independent booksellers and bloggers.

Because of the ABA’s Indie Next List Notable award for In The Belly Of Jonah in September 2010, I had instant credibility as a debut author and my books found their way in stores nationwide.

But being in stores isn’t enough to sell books.  Someone has to drive readers to buy the book while shopping at those stores and bloggers were kind enough to do that for me.

I had the distinct honor and privilege to attend the First Annual Bloggers Convention following BEA in New York City in May 2010 and it boggles my mind how I ever ended up there, of all places.  I remember not having a clue what it was all these people did, although I found each and every one of them the most charming, intelligent, and well-read people I’d ever met in my life.  Hopefully, bloggers will forgive me for this, but one notable blogger asked me early in our conversation if I even knew what blogging was or how to blog to which I replied, “No ma’am. I haven’t a clue how to blog, but I know how to clog.  My mother is Irish and she taught all nine of us kids.”

Thank goodness bloggers have a sense of humor and appreciate honesty!

Two years later, I am releasing my third book, Widow’s Might, on August 7th, 2012, working on my fourth, because of bloggers.  I definitely know what blogging is now and greatly appreciate the power bloggers have to spread the word about authors like me. 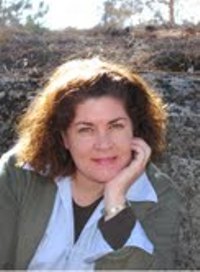 Sandra Brannan debuted as an author in 2010 with In the Belly of Jonah, the first installment of her acclaimed Liv Bergen mystery series. The novel was chosen as an Indie Next List Notable by independent bookstores and librarians across the country and went into a second printing just one month after its release.

Sandra’s success in the literary world led to her being named one of the top 25 most fabulous women by Black Hills Magazine.

Much like her character Liv Bergen, Sandra has spent her career in the mining industry. Working her way up from day laborer in the company her grandfather founded to a top executive in the family business wasn’t easy, as Sandra often received threats from those opposed to mining. These life experiences gave her a first-person perspective into the high-stakes scenarios of which she writes.

Sandra was raised the seventh of nine children in loving home not far from Rapid City, South Dakota. After living in Colorado (the setting for In the Belly of Jonah), Wyoming, Washington D.C. and Washington state, Sandra returned to her hometown where she lives with her husband. Their budding family consists of four boys and three grandchildren.

The second book in her mystery-thriller series, Lot’s Return to Sodom, releases June 1 and revolves around the legendary Sturgis Motorcycle Rally in South Dakota. Sandra’s forthcoming titles include Widow’s Might and Noah’s Rainy Day.