How Much Advice Can One Book Take? By Eric D. Goodman

How Much Advice Can One Book Take?

By Eric D. Goodman, author of Tracks: A Novel in Stories 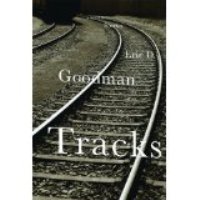 The addiction began in an informal writing workshop. We would meet in bars and restaurants, have a bite and some drinks, and dig into one another’s fiction. Over beer and wine, we would both rip apart and wax poetic about one another’s work. Oh, it wasn’t the drink that became habit-forming. I craved the feedback—both the good and the bad. I melted when someone praised a phrase or passage or insight. And my initial knee-jerk reaction to scoff at the harsh criticism gave way to an acceptance that the readers were right. Some of my “finished” work, ready for the prime time of the workshop, was not ready after all. Of course, what I hoped for was praise alone. What I got was far more useful. After a dozen eyes had raked over a story, what blossomed from the final pages, months later, was better than anything I could have come up with as a hermit in my cave of an office.

Hello, my name is Eric, and I’m addicted to writing advice.

My first experiences with workshops were not enjoyable—I felt like I knew my story better than any of my readers. What did they know about my characters and my point that I didn’t already know better? I more or less ignored the criticism and swore off of early readers. I worked best alone.

Years later, I was invited to participate in a workshop with professional writers whose work I admired and whose opinions I respected. Maybe it was the quality of readers in the workshop, maybe my maturing into a realization that I could improve my writing with the help of others—probably a bit of both. Whatever the reason, I thrived in the workshop, looking forward to all the advice and criticism I could get. After a session, I would go through my notes and manuscript—and get to work improving my fiction.

The improvements were notable.

I believe getting independent evaluations from each reader is key—not the mass agreement one sometimes gets when everything is oral and in a group setting. Most helpful for me is when more than one person independently offers the same comment: “this didn’t work for me” or “that’s out of character for the protagonist” or “I stumbled on that sentence.” If a goal of writing is making it accessible to others, it’s a good idea to take advice seriously when you’re hearing the same thing from multiple readers. If something doesn’t work for two or three readers you survey, it probably isn’t working at all.

We’re all busy writers and our workshop no longer meets regularly, although we’re still in touch with one another and read one another’s work. I’ve found another method that works even better than the formal workshop setting, for me. When I have a manuscript that I think is ready to send to an agent or publisher, I call on my writer friends first. I then end up revising based on those readings, and I always find the final product a substantial improvement over what I had figured to be final.

Tracks, for example, was read by more than a dozen professional writers before I submitted it to my agent. Each reader offered a collection of comments, letting me know what worked, what didn’t. I didn’t always agree with every edit, and I didn’t make all of the changes suggested. But I found that every reader offered something important to the book, and a lot of the more important suggestions were being made independently by several readers—making it obvious that such changes were important to make.

Years ago, I hated looking over criticism from other writers. I thought they were trying to tell me how to tell my story. But now I savor the moments when I can sit down with a folder full of comments and notes. That is what allows for great re-writing. You don’t always get clear-cut advice on how to make improvements, and if you have more than a few readers you’re most likely going to get a lot of conflicting advice. But reading over the comments of others can help you to sift through changes you want to make. It will help you improve your work.

I won’t say that you can never have too much writing advice—that dangerously borders on abuse. But as an advice-addict myself, I can tell you that having several writers read and comment on your manuscript can do wonders for your rewriting. It did for mine.

Eric D. Goodman is a full-time writer and editor. His novel in stories, Tracks, was published by Atticus Books summer 2011 and won the 2012 Gold Medal for Best Fiction in the Mid-Atlantic Region from the Independent Publishers Book Awards. He’s also the author of the childrens’ book, Flightless Goose. Eric’s work has appeared in The Baltimore Review, Pedestal Magazine, Writers Weekly, The Potomac, Barrelhouse, JMWW, Scribble, Slow Trains, and New Lines from the Old Line State: An Anthology of Maryland Writers, among others. His second novel, Womb, is currently with his agent. Visit Eric at www.EricDGoodman.com