Stranger in a Strange Land By Peter Golden 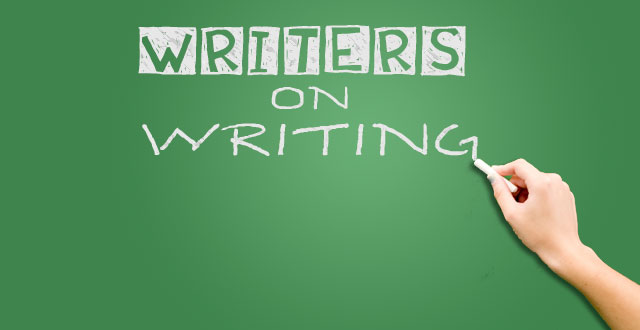 Stranger in a Strange Land

Ever feel like a stranger in a strange land? If you’re interested in the experience and you happen to be a man, I have a suggestion: write a love story.

Soon after I published my debut novel, Comeback Love, an interviewer asked me why I chose to write a romance.

I replied that I didn’t choose romance—romance had chosen me. My other books had been nonfiction and, at the time, I was in the midst of researching and writing a history of the Cold War. I had just returned from interviewing Mikhail Gorbachev, and I was working on the manuscript. I kept writing “Soviet Union” and “USSR” so often that I turned them into macros to save time typing, and it dawned on me that those terms referred to a nation that no longer existed. So I asked myself: What was the greatest permanent change in the United States during that period? My answer? The role of women.

That was the origin of Comeback Love, a story about a 50-something year-old man who tracks down the woman he loved and lost during the 1960s, when he was an aspiring writer and she was in medical school. And because I wanted to explore the impact of what happened during those years, my novel shifts between the present and the past.

I had been surprised by the first question, but the second one was a stunner. I was asked if I was worried that I wouldn’t be taken seriously as romance writer unless I adopted a female pseudonym.

I’m convinced that the question was asked out of genuine curiosity, and perhaps I should’ve have been relieved the interviewer didn’t suggest I contemplate undergoing surgery. Of course, I’m not unaware of the terms “women’s fiction” and “chick lit,” terms that I consider more applicable to marketing than to art. Certainly, I can understand why women writers, especially those who tackle serious questions of marriage and children and confronting a world filled with conflicting choices, resent that these terms are occasionally used to marginalize their work, and wind up feeling as though they are being ordered to stay out of the deep end of literature’s pool.

When I started Comeback Love, I was aware that the genre was dominated by women writers, many of them exorbitantly talented, and though I didn’t feel like a poacher, I did worry that women readers might feel that I had wandered into a place where I didn’t belong.

But my reasons for writing the novel, beyond my curiosity about the time period, had more to do with the advice I offer beginning writers who ask me about the process of deciding what to write about. I tell them to think of a book they’re dying to read, go to  the library and bookstores and search online: if they don’t find it, then that’s the book they should write.

For some time, I had wanted to read a novel like Comeback Love—a story that examined how a woman’s struggle with work and love in the 1960s touched the man involved with her. I wanted to discover how profoundly that era had changed both of these people, and I didn’t want to read about villains. Each character had to shoulder his and her portion of blame, and to make sure I didn’t lose sight of my goal, I kept a note I’d written to myself on my desk as I worked. It said: “If you can’t be fair to both sides, then you can’t write this novel.”

Recently, I sold my next novel to Atria Books, another love story, beginning in 1938 and ending in 1966, moving from Hitler’s Berlin to Miami Beach, Greenwich Village to Paris, South Orange, New Jersey, to Cincinnati, Ohio. Sitting at the center of the novel is Kendall Ann Wakefield, a beautiful, African-American woman, a photographer, and the man she loves, Julian Rose, who is white, Jewish, and an erstwhile bootlegger.

Would it turn out to be a different book if I were a woman? An African American? A gangster?

I suppose, but that’s not important—not if you believe, as I do, that the point of writing and reading fiction is to inhabit the souls of people unlike yourself and, by doing so, enrich your own life in ways that you never imagined.

Peter Golden is an award-winning journalist and the author of six full-length works of non-fiction and fiction. Some of his work has appeared in the Detroit Free Press Magazine, Albany Times Union, New Jersey Monthly, Microsoft’s eDirections, Beyond Computing, Electronic Business, Midstream, The Forward and Capital Region Magazine.

Golden’s Quiet Diplomat, a biography of industrialist and political-insider Max M. Fisher made the Detroit Free Press bestseller list. Among those he interviewed were Presidents Nixon, Ford, Reagan and Bush; Secretaries of State Kissinger, Haig and Shultz; and Israeli Prime Ministers Shamir, Peres and Rabin.

With J. Stanley Shaw, Golden wrote I Rest My Case: My Long Journey from the Castle on the Hill to Home, a memoir that chronicles Shaw’s life from his childhood years under the supervision of the Brooklyn Hebrew Orphan Asylum in the 1930s to his career as one of the preeminent bankruptcy attorneys in the United States.

His debut novel Comeback Love (Atria Books, April 2012) tells the story of a man and his romantic quest to find the women he loved and lost years before in the 1960s.

Golden grew up in South Orange and Maplewood, New Jersey, and lives today outside Albany, New York with his wife and son.