Celebrate the 25th anniversary of Dawn 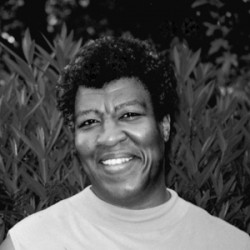 Octavia E. Butler (1947–2006) was a bestselling and award-winning author, considered one of the best science fiction writers of her generation. She received both the Hugo and Nebula awards, and in 1995 became the first author of science fiction to receive a MacArthur Fellowship. She was also awarded the prestigious PEN Lifetime Achievement Award in 2000.

To celebrate the twenty-fifth anniversary of the publication of Octavia E. Butler’s novel Dawn, author N. K. Jemisin speaks about the novel’s significance and how Butler paved the way for African-American science fiction writers. In Dawn, and the two books that follow, Butler writes about Lilith Iyapo, a woman who straddles the worlds between two complex species, and whose struggles reflect the same racial, sexual, and political issues we experience in our daily lives. Jemisin describes how Dawn welcomed her to the genre, since “[Butler] was right there in it, which told me I could be too.” For Jemisin, Butler ultimately teaches a positive lesson: “We can still do better. We can still survive, grow, change, improve.” 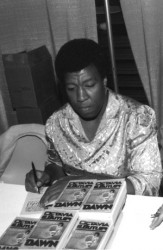