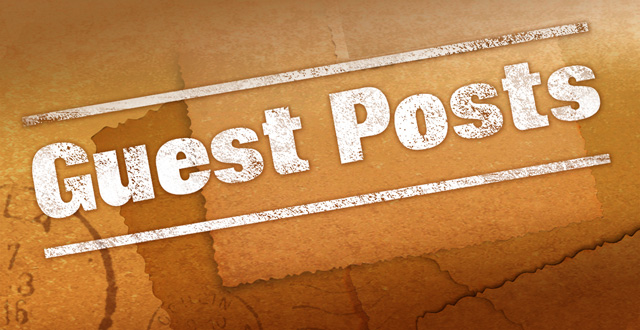 The annual event celebrated the winners in the L. Ron Hubbard Writers and Illustrators of the Future Contests (www.writersofthefuture.com) before a packed hall of over 1,100 guests and thousands more who were logged on to watch the event as it streamed live. The night’s keynote speaker was Mr. Brett Kennedy, Supervisor of the Robotic Vehicles and Manipulators Group at NASA’s Jet Propulsion Laboratory in Pasadena who spoke on the bleeding edge of mobile robotic applications, having worked the past 15 years at JPL on diverse systems, the most immediate being the Robotic Arm aboard the Mars Curiosity Rover. He addressed writers and artists of the past who provided the inspiration for scientists such as him, and quoted L. Ron Hubbard from the opening line of his gritty space travel story written in the nascent days of science fiction, “Space is deep, Man is small, and Time is his relentless enemy.” He concluded his speech by asking the evening’s winners, “So, tell us, writers and artists of the future—what are we going to do next? What will motivate our Will and our Urgency? Is it something further, different, or more? And how will finding it show us ourselves? The future is in your minds and in your hands.”

The event celebrated the annual winners in the L. Ron Hubbard Writers and Illustrators of the Future Contests, where Marilyn was one of the twelve writer winners making it further than some several thousand others who entered the international competition, and where she saw her story published in the bestselling Science Fiction anthology series – L. Ron Hubbard Presents Writers of the Future Volume XXIX now available online at Amazon.com and BN.com and soon to be available in print wherever books are sold.

Marilyn Guttridge was born and raised on the family farm in Oregon. When she was just a babe in arms, the first book her mother ever read to her was Tom Clancy’s Clear and Present Danger, and ever since then she’s been a collector of odd books. Marilyn grew up immersed in fantasy and science fiction of both the bestseller and obscure varieties, and was writing her first stories at the age of twelve—though she was telling them a long time before that.

Marilyn earned the record as the youngest winner of the Writers of the Future contest—17 years old when she wrote it—and is now a student at Clackamas Community College. She credits the English teachers she has had over the years developing her abilities and skills as a writer and their encouragement for her to pursue it as a career.

She found out about the Writers of the Future contest when she came across a flyer as a student of Estacada High School that was mixed in with a scholarship applications and decided to submit her work to the contest.

The inspiration for her winning story came from a photo she came across on the internet of a woman in black on a street with a red umbrella. The story, entitled “The Ghost Wife of Arlington,” is about a city that is ruled by Death and the relationship that a woman has with Him. Upon seeing the illustration for her story created by Illustrators of the Future winner, Sida Chen, Marilyn said she was “speechless” at how accurately the artist captured the ambiance of the story as well as the emotional undertones.

Marilyn’s recent trip to Los Angeles included a week-long series of intensive mentoring and writers workshops. Marilyn said, “[the workshops] have given me the confidence to continue putting out stories and getting them published” and describes the workshops as “intense and incredible learning experiences.” The workshops also gave her the opportunity to share with other current and past Writers of the Future winners writing processes and what methods and techniques they use for story development.

The week was capped off with L. Ron Hubbard Writers and Illustrators of the Future Achievement Awards Event at the Wilshire Ebell Theater in Los Angeles. Marilyn admits to being “overwhelmed” by the red-carpet, black-tie, Oscar-style event as well as being “incredibly nervous” when it came time for her to receive her trophy and deliver her acceptance speech (which can be viewed at www.WritersOfTheFuture.com, 1:07:25 into the 3-hour ceremony) in front over 1,100 attendees. She ended her speech with encouragement to the students of Estacada to maintain their faith in themselves and they “will not be defined by the high school [they] went to.” Marilyn says the event, the workshops and being published are only the beginning but “it’s all just going in the right direction.”

Marilyn is a fan of all things that go bump in the night. She hopes that one day her stories will capture the imagination the same way her favorite books captured hers.

Each writing and illustrating contest winner was presented their trophy by contest judges at the ceremony and combined cash prizes and royalties of over $30,000, and their story with artwork published in the L. Ron Hubbard Writers of the Future Volume XXIX.

The Writers of the Future writing contest (www.writersofthefuture.com) was initiated by L. Ron Hubbard in 1983 to provide a means for aspiring writers to get that much-needed break. Due to the success of the Writing Contest, the companion Illustrators of the Future Contest was created in 1988.

“The Writers and Illustrators of the Future Contests have proven to be the most effective means for contestants to make their break in the publishing industry, an industry renowned for being closed to the newcomer,” said Joni Labaqui, director of the contests. “Well over six million fiction and non-fiction manuscripts make the rounds annually to find a publishing home, yet only 2,500 new science fiction and fantasy titles are published each year, and many of these are from already established authors.

“That’s why these Contests were created – because it’s so hard to get published and there are so many talented people who give up on their dreams to see their works in print.”

The intensive mentoring process has proven very successful. The 348 past winners of the Writing Contest have published 838 novels and nearly 4,000 short stories. They have produced 27 New York Times bestsellers and their works have sold over 50 million copies.

The 276 past winners of the Illustrating Contest have produced over 4,500 illustrations, 356 comic books, graced 594 books and albums with their art and visually contributed to 36 TV shows and 46 major movies.

For more information and to see the awards ceremony online, go to www.writersofthefuture.com