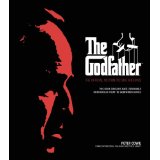 If film buffs were asked to name some of the most iconic movies ever made, it is certain that Francis Ford Coppola’s The Godfather would be at the top of the list. Since its release in 1972, multiple generations have been introduced to Don Corleone and his powerful Italian-American family. Peter Cowie’s The Godfather: The Official Motion Picture Archives gives readers a behind-the-scenes look into how the film was made – how Coppola adapted Mario Puzzo’s original book’s into a screenplay, how the cast was selected and how the locations were chosen. For fans of The Godfather movies, this book is the ultimate memento. Included within its pages are removable copies of 15 documents picked from the Archives of Paramount Pictures such as original posters of all three films, sound-cue sheets, a brochure about the creation of Marlon Brando’s prosthetic teeth, a letter discussing the first film’s likely rating, notes on the final title billing and pages of a dialogue script. In various chapters, Cowie expertly covers pre-production, production design, costuming, the musical score, editing, cinematography, deleted scenes and the continuation of the story in Part II and Part III. He describes how the cast and crew shot on location in both New York and Sicily and analyzes mafia violence in the movie and the film’s lasting legacy. Even if you think you are the biggest fan of The Godfather, you’ll find new and fascinating bits of information. This impressive book is not to be missed.