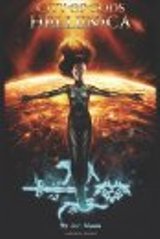 City of gods: Hellenica Takes Readers On An Incredible Journey

Every once in awhile a book comes along that is so impressive it helps define a genre, and that is the case with City of gods: Hellenica.

This book tells the story of a world taken over by the gods of long ago. Sick of sitting passively, the gods have taken over various districts in the world and now use their followers as pawns in a game for power. Unique individuals play important parts in this world. The Horseman is a youth with amazing abilities and is tasked with saving the world. Kayana Marx is the master of death who is capable of killing with a single touch. Gunnar Redstone is almost as strong as Hercules. Tommy Alderon is a cripple with a mechanized suit that protects him from all poison and disease. Saoirse Frost is in tune with the world and has the entirety of nature at her command. These young people are ripped from their lives and sent deep underground to study at the last free academy in the world. There they are taught to fight, control their powers and lead the world against the gods to fight for mankind’s freedom.

Many authors incorporate gods into their stories. Most notable is American Gods by Neil Gaiman. And many authors incorporate magical schools (hello Hogwarts). Few titles have blended the two so seamlessly. Author Jon Maas has a vast knowledge of gods from all corners of the globe. Minor Mesopotamian gods trade blows with Loki and Zeus. The author also does a good job juxtaposing the power of The Horsemen, a group from the monotheistic pantheon, against the power of the polytheistic gods.

Maas’ greatest strength shows in his world building. It’s not easy to imagine a world where gods exist, much less where they wage war against each other in an apocalyptic landscape. Maas portrays this world with such dexterity and beauty that the reader can’t help but crave to step through the pages and fight alongside Gunnar or talk to the animals with Saoirse. The gods themselves even come alive. Maas turns the gods into complex people with their own desires, motives and aspirations. Even the academy becomes a character hiding secrets and helping develop the heroes as much as the teachers.

Every part of this book screams best-seller. Between the awesome concept, well developed characters, and beautiful writing, City of gods: Hellenica is destined to be read and loved by many.