Lina and Serge: The Love and Wars of Lina Prokofiev 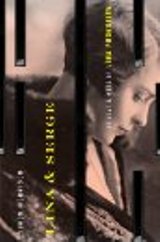 Lina and Serge by Simon Morrison, a professor of music history at Princeton, is a remarkable book and would be interesting to a broad spectrum of readers. Based on earlier unpublished personal letters, Prokofiev’s diaries, and many other archival documents, it is not only a dramatic love story but realistic portrait of couple’s life first in Europe and later in the Soviet Union. The author gives short and clear explanations on specific facts of Soviet reality to make it understandable to Americans.

“Being a composer’s wife isn’t easy.”

Born in Madrid in 1897 and growing up in Brooklyn, Lina, daughter of professional tenor Juan Codina and soprano Olga Nemisskaya, first saw Prokofiev in December, 1918 at Carnegie Hall and met him in person about two months later. Gradually infatuated, she followed him to Paris in 1920. They married in October, 1923 when Lina became pregnant. In 1936, lured by continuous promises from Soviet’s officials for a better life, Prokovief’s moved to Moscow. Shortly, they understood they were being deceived, but it was too late: the Soviet borders were closed for them. Moreover, in 1941, three months before World War II, Prokofiev abandoned Lina and married another woman. Lina and her two sons spent war time in Moscow preserving their apartment and Prokofiev’s belongings. In 1948, Lina was arrested and spent eight years in Gulag. Regardless of these events, Lina remained devoted to her famous husband who submitted his talent to the tastes of Soviet authorities.