Courtesans, Concubines, and the Cult of Female Fidelity 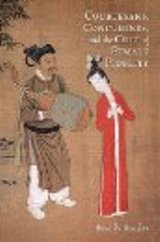 The role of woman in society has changed throughout time. But it also changed based on what part of the world you studied as well. While Europe was going through the low Middle Ages as a time of feuding local kingdoms, China was dealing with women and the role they played as courtesans and concubines.

In this book, Beverly Bossler examines the changing role, nature, and how they were viewed across the Song and Yuan Dynasties with most of the focus on the Song Dynasty. Entertainment was a growing venture in Ancient China, and none took advantage of this than female entertainers, but at the same time it could be a dangerous place, with examples of officials, and others being punished for spending too much. As time went on, the roles these women enjoyed changed as they went off into other and wider fields not just confined to the Imperial Court.

Ms. Bossler does a good job exploring this changing world through the writings that have survived. The only downside is that she includes the Yuan Dynasty as well making this part feels rushed. It would have been much better if it focused solely on the Song Dynasty.