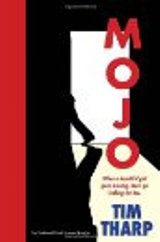 Dylan Jones has a unique style and his own brand of swag (despite his unassuming name), but it takes a roller coaster adventure for him to find himself. When he discovers nice guy Hector Maldonado’s body in a dump, Dylan enjoys fifteen minutes of life-altering fame. When those fifteen are up, he finds that he wants more of the power and respect the fame gave him in front of others. Dylan decides the way to the top is by becoming a hero to the local missing girl, Ashton Browning who is wealthy and beautiful.

Dylan may not have the “it” factor initially, but his character has quite the entertaining voice. His silly antics will have readers laughing out loud in instances. The plot is a bit far-fetched and the growth is a bit slow. Overall, this book has the humor to keep the reader interested even when secondary characters are weakly developed and the plot is hard to believe.