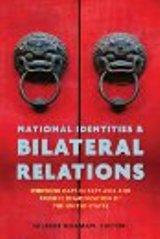 Do national identities still play a role in shaping relations between states?  Though the answer would be a resounding “No” in Europe/America, it is still “Yes” in the East Asia region. In this book, we explore the role the national identities have played in shaping bilateral relations between Japan, China, and South Korea.  Over the past century they have been at conflict with each other at one point or another. Japan is taking over Korea and going into China; while China got involved in the Korean War on the side of the North Koreans. Since then, the relations between these nations have been tense. In this work, we explore each country and how it has interacted with each other with particular emphasis on the past 20 years. It also tells how leaders in these countries shaped national identities and how the telling of history still plays an important role in this region. It is important to note that this region is a growing one and it is important to understand where they are coming from; so that it does not create another crisis.

While the book has many good points, and excellent chapters, the second half falls too much into International Relations jargon and theory allowing the good points to get lost.