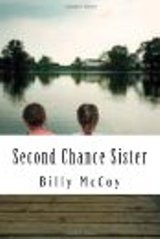 Unfortunately people break promises as often as they give them. However, Ashley Edmundson, the heroine of Second Chance Sister tries very hard to keep hers. Twenty year old Ashley, who grew up in a loving and supportive family, is innocent and naïve. She studies sociology and believes in universal justice. Ashley plans to marry the solid and promising Neal. But one day while she is at the local community center where she spends time helping the poor she meets Brandon. He is very attractive and wants to be a labor lawyer. They swiftly fall in love. Soon Brandon is severely injured in a car accident. Ashley rushes to help. She knows very little about Brandon and in spite of her mother’s warning, Ashley marries him. She thinks that she is mature enough to make her own decisions. How fortunate is she?

In any case, you wouldn’t call Peyton Cresap, the hero of the second novel, Online Dating: a Memoir, fortunate at all. Belonging to the upper middle class didn’t make him happy. His father shot himself when Peyton was eleven. Then his mother died from years of abusive drinking. Recently, he lost his wife in a car accident. Alas, it was a drunk Peyton who drove the car. Moreover, the accident happened the night Peyton thought about leaving his wife. Money has saved him from the long term in jail but he is lonely and depressed. Suddenly Peyton realizes he is still deeply in love with his late wife. To distract himself he decides to try online dating. His attempts aren’t successful. With arrogance and disdain he also describes his encounter with the Church Hens. However, one day Peyton finds himself talking with St. Paul in a dream. Did this conversation help him?

Both these novels aren’t sentimental. You won’t find straight didactics, either. Yet, after reading them you’ll think more than once while making serious decisions. Not all people have a second chance.