The Great Gatsby: Midnight in Manhattan 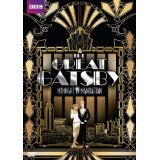 “You can read the book in the end perfectly validly one of two ways, and they’re totally antithetical to one another. The surface story is simply the surface of the Roaring Twenties in the United States. A good time is being had by all as the parties go on all day and all night. A stronger reading is a kind of almost meaningless dance of death.” (Harold Bloom)

Midnight in Manhattan belongs in any high school or college English teacher’s classroom. It gives a basic overview of F. Scott Fitzgerald’s life and the social importance of The Great Gatsby, not just in its own time, but also how it relates to modern day culture. Any F. Scott Fitzgerald scholar or aficionado, who has read his canon, including his letters, will find little new information; however, it’s made worthwhile by the impressive lineup of guests including writers Christopher Hitchens, Hunter S. Thompson and William Styron, literary critics Harold Bloom, Ruth Prigozy and James L.W. West III. Frances Kroll Ring, F. Scott’s secretary during the last 20 months of his life, revisits the renovated home where Fitzgerald lived and died. Fitzgerald’s granddaughter, Eleanor Lanaham reads letters and talks about her grandparents.

Private Affairs: A Dream of Living, written by Robert Muller and filmed in 1975, dramatizes a day in the life of F. Scott Fitzgerald in Paris in 1925 with his wife Zelda and friend Ernest Hemingway. All three are cast as caricatures that quickly become annoying, not just due to the gross misrepresentation, but also from an entertainment standpoint.

Although the play should be skipped, the documentary portion of The Great Gatsby: Midnight in Manhattan is a great commemoration of Fitzgerald for anyone who loves or wants to learn more about The Great Gatsby and how the novel’s commentary on the American dream is more important today than ever before.