The Motor City and Me: Our Story

“So much of what Americans benefit from today came from the hard work, determination, and victories of early Detroiters.” 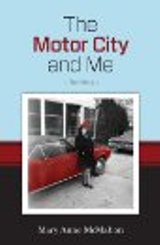 History Lesson and Love for a City Wrapped in One Book

The Motor City and Me by Mary Anne McMahon traces her history and life and how it intersects with the upswing and downturn of Detroit. McMahon opens the book with a biography written by her mother. Her mother survived the Prohibition and the Depression in Detroit and wrote about how those events shaped her life. McMahon then shares the history of her great-grandparents who were immigrants from Ireland and Germany. Their experiences with hunger and persecution, and the lack of choice, eventually drove them to the city of Detroit. Her great-grandparents and her grandparents sacrificed so that McMahon’s parents and her own generation could take advantage of the fruits that Detroit and the United States began to offer.

Detroit was the greatest manufacturing and wealthiest city at one time. The city was innovative—with the help of the automotive industry. Coupled with world events, such as the World Wars, Detroit was poised to flourish with its assembly lines and manufacturing credos. But as the nation and its habits changed, with the advent of newer technologies, the wealth and grandeur declined. McMahon also contends that poor leadership, racial tensions and government bureaucracy played a role in Detroit’s demise.

McMahon shares many personal trials and tribulations she faced as a woman who married young, moved to Germany, returned to Detroit, divorced and remarried two more times. She had two daughters and often reflects on her own upbringing as she works through life’s challenges. The Motor City and Me is a history lesson, personal tale and challenge to today’s leaders. McMahon writes of the immigrant experience and how it shaped who she is today. Additionally, she acknowledges that Detroit wouldn’t have experienced the greatest that it did if the immigrants that labored tirelessly were not involved. McMahon hopes that Detroit can, once again, find its greatness.