How to Bake Whiskey Cake with a Baby 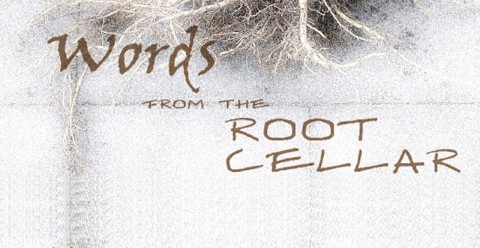 How to Bake Whiskey Cake with a Baby
By Axie Barclay

I was tempted to just write “I’m NaNo’ing” and put up an under construction sign, but then thought better of it and decided actually writing a post was the grownup thing to do. Man, it’s hell being the adult.

NaNo, or NaNoWriMo, is shorthand for National Novel Writing Month, an affair where writers pledge to write 50,000 words during the month of November, which breaks down to 1667 words per day. (Yes, you have to round up from 1666.66666.) Since November is only half over, I’ll have more to say next month, like why I’m a failure at NaNo, and it’s not for the reason you think.

Moving on, sometime in the distant past, about 14 years ago, I started the tradition of making my own birthday cake every year. And not just throw a box mix in a Bundt pan either, but full-on, from scratch, flour, eggs, butter, mix until blended, bake at 350 degrees, cake. It’s actually one of the more enjoyable parts of my birthday, hunting for a recipe and combining the ingredients and ending up with something delicious. Before this year I think the mocha caramel cheesecake (excuse the bad pun but I can’t help it as I am my father’s daughter) took the cake. This year, my aunt provided a recipe for whiskey cake, which called for a box mix and instant pudding.

But then I consulted with a friend who said the key words: “Why use a box mix? Why not just make a regular cake?”

Because while box mixes are convenient, they still feel a lot like cheating. And they really can’t beat a good, old-fashioned shortening and flour cake.

So that’s what I made. Spice cake with vanilla instant pudding, soaked in a whiskey glaze.

The comments about this cake have ranged from “It was so good I had to take the other half home for my husband, just to have him verify how good it was,” to “I stopped working and just got involved with this piece of cake.”

Needless to say, since the resulting cake was birthed from the marriage of two different recipes, I was pretty proud of this praise. So of course I’d like to share this awesome cake with everybody, especially any fellow NaNos out there, who need an excuse to buy a bottle of Jim Beam and procrastinate.

As far as the “with a baby” part, there’s about one step, give baby to partner. Or great-grandma in our case. My grandma lives across the road and at 90 still watches the kiddo for an hour or so almost every day. She says that the Offspring is lucky because most great-grandmas are old, then she laughs. Love her sense of humor.

If you don’t have the option of foisting the child off on some enthusiastic family member, do your best to pre-measure, and be sure to shut off the mixer before wrangling the kid away from the precariously stacked recycling.

I won’t say that I recommend this recipe for teething, but I will recommend it for parents of teething babies, not for the alcohol content, since most of that cooks off, but for the calming sensation elicited by breathing in vast amounts of Jim Beam.

Now to start, I recommend either the aforementioned handing the kids off to your significant other, or laying out the ingredients and tools in the order that you’ll need them, so as to better find your place after you drop everything to fish the toddler out of the recycling for the thousandth time. (I tell myself that maybe if recycling is this fun now, maybe he’ll find a way to solve global climate change by the time he’s thirty. Moms can hope.)

So that’s basically it. The cake recipe kind of speaks for itself. You may have to play with oven times a little if your oven is hotter or cooler than mine. Also, be careful not to over beat. I stopped the mixer each time I added something and that seemed to work well.

Option to fold in walnuts – I haven’t yet

The Thinking Woman’s Guide to Real Magic by Emily Croy Barker. I’m only about 97 pages into this book, as of the time of this writing, but so far I like what I’m reading. It’s along the lines of Lev Grossman’s The Magicians, or The Thirteenth Tale by Diane Setterfield.

Grain Brain by David Perlmutter, MD. Put succinctly, he’d probably say ditch the whiskey cake and go for something with protein and fat to save your brain, but that aside, this was a really interesting book on diet and how it relates to the brain. Definitely worth a look.

Axie Barclay is a Michigan writer with a cow-habit. Having discovered the joys and potential for growth inalternative agriculture, she quests ever longer and harder for ways to combine farming and writing into a business. When not milking cows, making disgruntled noises at the latest disgusting thing the heeler dogs dredge up, riding horses, or keeping the fence up around her small beef herd, she’s holed up reading an eclectic array of books or tapping out pages. When not working, she enjoys kicking back with her honey, family, and friends at a bonfire with some beers. Chat her up on Twitter and Facebook, /axieb, or http://barclayfarmsandlit.blogspot.com where she delves into literature and agriculture with a relish… and occasionally ketchup. Soon to be homemade.