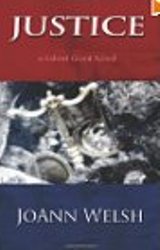 A Blast from the Past

Bobby Grant is a novelist. He has written a successful series of detective novels and is working on yet another. All in all, things are pretty good. He and his wife, Alicia, a linguistics professor, are fostering a damaged, but strong, 14-year-old named Crystal. Things begin to change, however, when federal agents show up on Grant’s doorstep with information about a young Middle Eastern man who was killed in a supposed traffic accident outside of Grand Central Station…and who had information pertaining to both Bobby and Alicia Grant on his person at the time of his death.

This is troublesome because, four years prior, Grant, his wife and some of his friends had been mixed up with terrorists and it resulted in the death of one of these friends. Since then the Grants have lived in fear. Having written a memoir of the incident, Bobby Grant’s involvement is public knowledge, but he and his wife have tried their hardest to put their lives back together and create a sense of normalcy — and, more importantly, of safety — for themselves and for Crystal. The death of this young man, supposedly a foreign exchange student, has thrown that all into question.

So begins JoAnn Welsh’s Justice, a smart, readable thriller with a likeable and believable cast of characters and a plot line with complexity and nuance that is so often lacking in this genre. Welsh’s protagonist-narrator seems a bit too concerned with constantly reinforcing his left wing cred, and that can grow a bit cumbersome, but the majority of the characters in Justice defy stereotype. Welsh has chosen to flesh out each person to whom she introduces her audience. Stereotype doesn’t fly in this novel and we are confronted with a variety of characters who defy the conventional thriller notions of good guys and bad guys. This speaks to Welsh’s skill as an author. Justice is a meditation not only on right and wrong, but on the assumptions we make about others…assumptions that can lead to dramatic, and sometimes tragic, results.