“Dane walked quietly, holding in his left hand the tender hand of Janice. An old classmate passed them on a bike, “Hi, Dane, did you have a good summer break?” he asked, riding away before Dane could answer.” 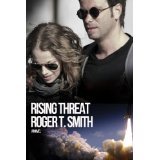 Spring 1994. Dane Alexander is finishing his undergraduate studies at MIT in Chemical Engineering. He is a brilliant student and has a lot of job offers. Dane is considering an offer from Kinetics General. At the beginning of summer break Dane goes home to Portland, OR to talk with his grandfather about it. Their conversation brings up painful memories and a rather difficult matter. A little less than ten years ago, Dane’s father Adam was stabbed to death while on a business trip to Boston. Adam worked in a small accounting firm in Portland that managed the Kinetics General account. Dane’s grandfather, a former police officer, always suspected that Kinetics General was involved in the accident but couldn’t find a motive or evidence to prove it. After their talk, Dane decides to accept the job offer so he can investigate if they did have something to do with his dad’s death.

In a few weeks Dane’s life turns into a nightmare. He is arrested, accused of attempted murder and kidnapping of his girlfriend Janice and murder of his father’s former associate Rick. Dane has been sold out to his persecutors by a corrupt police officer. However, Dane manages to escape from the police car by himself. He can’t prove his innocence because Rick’s confession and other documents have been destroyed by Kinetics’ people. All the facts are against Dane and he becomes the most wanted man in the country. While on the run from both the real killers and the police, Dane finds that a military threat to U.S. national security stands behind Kinetics’ secret. He must go to Washington.

The plot’s many unexpected twists will immediately grab your attention. You’ll be eager to find out where the threat is rising from and what helps to neutralize it. You won’t put this book aside until the very end.