“Blood and lust make the world go around.” 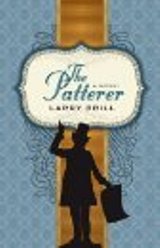 As I read this book I found myself laughing out loud on about every page. The story takes place in 1765 with our main character, Leeds Merriweather, working as a patterer for the London Tattler-Tribune. A patterer, at least in this case, is a writer and seller of papers, with the motto that good patterers “…never, never let facts get in the way of a good story.” Author, Larry Brill, shows his tongue-in-cheek sense of humor throughout the book.

One story describes the yacht named Minnow that “set sail that day for a three hour tour.” Our main character describes how his parents named their children by the places they were conceived. His brothers were named London, Lancaster, Lincoln, Leeds and his sister was named Hereford. When describing his parents, Merriweather remarks, “it was my unfortunate lot in life to have grown up with education, though my parents meant well.” He describes how his Dad passed away from a heart attack after being chased by an angry pheasant he failed to shoot down. Mr. Merriweather lives life on the streets looking for a glass where ever he can find it. In a tavern he runs across a character named Ben Franklin, as in the Philadelphia Franklin, and they strike up a friendship. Brill and his style of writing brings to mind Dewey Lambdin and his outrageous character in the Alan Lewrie naval adventure series. Hopefully there will be a sequel with hints of meeting Mr. Franklin in the new world.