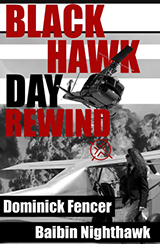 The Ties That Bind

Barnett Cooper grew up without a father, his having been killed in military action when he was 13-years-old. Growing up without a father, even a father whom he resented, left a mark on Cooper. His mother provided for his education and his brilliant brain lead him to prestigious colleges to study science and psychology. It is while pursuing his studies in Buenos Aires, however, that Cooper’s entire world is turned upside down. He discovers that nothing is what it appears to be, that the story of his father’s death wasn’t accurate and that the mother he thought he knew was hardly a worthy mother at all. Moreover, he’s going into the British intelligence service, whether he wants to or not.

Given a new identity and a license to kill, Cooper goes to Afghanistan to take out a terrorist/drug lord and finds out more damning information regarding his life and the death of his father. This sends him on a mission of revenge with far-reaching consequences that ripple throughout international intelligence agencies, including the CIA.

While the story in Black Hawk Day Rewind is interesting, the book itself would be well-served by being edited a few more times. However, if as a reader you are more focused on story than prose – and are a fan of thrillers – this book might be perfect for you. Both the story and the characters are interesting and compelling, but the writing could use some polishing. Black Hawk Day Rewind could be a hell of a novel.