Confessions of a Killer (with a Pyramid Scheme) 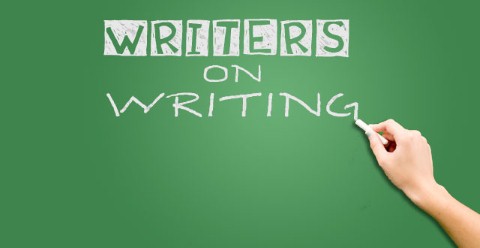 Confessions of a Killer (with a Pyramid Scheme)
R. P. Finch 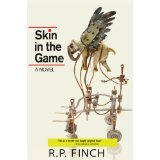 Existentialists speak of being responsible for creating our own meaning and reality, moment by moment, in the face of the chaos of the universe.  This view perfectly describes the writer’s task, especially for those who write the way I do, setting out to sea in the dark with only a general heading in mind. The writer creates meaning, pushing a narrative out one sentence at a time, likening the activity of writing to that of reading – you do it to see what happens next.

Still, the act of creation, getting it all out on paper or the screen, is only the first step.  In the case of my debut novel, Skin in the Game, that first step took three years of full-time writing (I retired from my law practice to do it).  And because each of my chapters was a stand-alone document, it was only when I typed ‘The End’ (I didn’t, of course) that I compiled the full manuscript and realized that I had on my hands a first draft that weighed in at just over 900 pages.  Thus did my sense of personal accomplishment vanish as I moved on to — revision.

In my view, while creation is important (otherwise, nothing much to revise), it is revision that is paramount if what you are shooting for is not just a manuscript but a publishable manuscript.

When you start the arduous process of submitting to literary agents, you find that one piece of advice is offered universally – do not submit until you are sure that your manuscript is finished!  Like all good advice, this sounds ridiculously obvious but is, it turns out, very difficult to follow.

My algorithm (I felt the need to include that word in my column, sorry) for revision is a two-stage process.  First, stage one: I now confess to you that I am a murderer.  I have engaged, ruthlessly, in ‘killing my darlings’.  Although this phrase did not originate with me – indeed, it is part of writers’ lore – it is the brutal act that brought me from a manuscript of more than 900 pages to one of just over 300 pages. That’s right, I lost two-thirds of the text that I had painstakingly crafted over that three-year period.   Crafted words and phrases, sentences and paragraphs, entire subplots that went somewhere interesting but, in hindsight, not to the places they needed to go, all deep-sixed.

These were my darlings and they had to be offed.  Some went to purgatory, a computer file to be held for some yet-to-be-conceived work of fiction, but most were pinned down by my cursor and, with the wince that accompanies the pulling of the trigger, deleted.  A year-and-a-half-long killing spree, and man was it gory.  Interesting (if not wholly innocent) characters snuffed-out, their snappy dialogue never to be spoken, the virtual trashcan filling with virtual carnage.

But that was not the end of the algorithm (sorry again) of revision.   Now for stage two — the surviving text had been left bruised, in need of six months of physical therapy where it would be tightened up and kneaded into shape after surviving the massacre.  How to accomplish this?

Another item of writers’ lore is a template called ‘Freytag’s Pyramid’: a novel’s narrative arc should consist of exposition establishing the characters, their setting and predicament (rule of thumb, 25% of the text), followed by rising action toward a novel’s climax (at perhaps the 80% mark) and then a resolution of the plot (the remaining 20%).  While there is plenty of disagreement about quantifying these inflection points, the received wisdom is that the fictional narrative arc should generally follow this pyramid scheme, although there will certainly be peaks and valleys along the way.

I had made sure that my entire surviving narrative satisfied this template, but advice that I received at a University of Iowa summer writer’s workshop gave this traditional scheme a very sharp twist.  The advice: apply the template not only to the work as a whole but also to every scene separately.  Every scene?  Really?  Yes.

I turned to the task with relish when I realized that applying the template in this way would provide a sort of pulse that would run through the entire work, each scene having its own mini-climax, creating a beat, a current that would, consciously or not, drive the reader forward.

Revision is critical and, for me, consists of the carnage of mass deletion followed by the application of the pyramid scheme’s template to each surviving scene.  CPR that will find the heartbeat of your work. 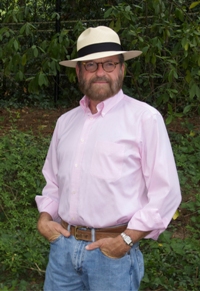 About the Author
R.P. Finch has written Skin in the Game from the vantage point of personal experience gained from his practice of law. He worked for 30 years for a major Atlanta law firm. Finch has received a Ph.D. in philosophy from Duke University and a J.D. from the University of North Carolina, Chapel Hill. His story, “The Truth About Falling,” was published in Fine Print in connection with its national short-story competition. Skin in the Game is his first novel.