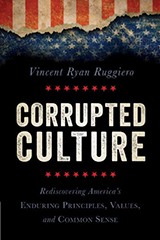 A Paean for the Past

Only Pollyanna could look at America today and not feel that all is not well. Mr. Ruggiero agrees and he knows why: A misunderstanding of human nature will produce poor results in human society. So far, so good.

Mr. Ruggiero holds that erroneous early social theories and their lingering effects are the proximate cause of the current dysfunction of society. The two main culprits are hereditarianism followed later by humanistic psychology. Hereditarianism says that a person is limited by heredity, as indicated by social class, and their intelligence, or lack thereof is innate. Therefore, the classics: old dead white men, critical thinking and other things necessary for a well rounded individual would be wasted on this material. Learning by rote and stuffing with facts is enough. Pretty much like K-12, At least, is taught to this day.

The other idea is Humanistic psychology, developed by Abraham Maslow and Carl Rogers in those much maligned sixties. It could be said that this idea expanded human potential too much. Holding that human nature is inherently good and wise with the result, if you believe it, that each person is the ultimate arbiter of truth and even reality. Mr. Ruggiero says that this theory, in reaction to hereditarianism, has captured education in its turn and has spread throughout society as a whole.

Mr., or I should probably say Dr. Ruggiero, is a professor of humanities emeritus at State University of New York, Delhi College, an educator for 29 years, a pioneer of critical thinking in education and an essayist for the Catholic Journal. Impeccable credentials, but I feel he has somewhat abandoned his critical thinking faculties in order to demonize humanist psychology beyond any relevance or insight at all except for the damage it has caused. He has used the polemicists’ trick of pushing the basic ideas to their ridiculous limits, beyond anything that even the founders claim, almost to the point of creating a straw man. While I share his dismay with many features of our society, I don’t agree that the end justifies the means in assigning blame.

In the end, his recommendations add up to a call for introspection, comparing our lives against a time before the errors occurred. As I said, I agree with his concerns about our current state of moral, ethical and decorum lapses, but I question his methodology and self-awareness of his lapses; Pretty daring for a high school graduate.