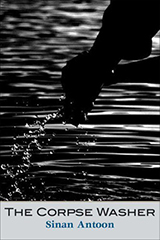 Coming of Age in Iraq

Coming-of-age stories across many cultures have similar themes. A young man who wants to strike out on his own, but circumstances force him to follow the path that his family has followed for generations. This story follows a similar path, but in the context of much more tragic situations. Coming of age is hard enough, but it is more difficult in a country torn apart by wars, sanctions, and then civil war. This is the life of Jawad the main character of this story. He wants to escape Iraq and be an artist in the West. But he never gets a chance as he gets caught up in both Gulf Wars, sanctions imposed by the West, and the lawless that follows 2003. When he tries to escape the family business of washing corpses, he is pulled back in to support his mother. He slowly comes to the realization that he is doing something good, and decent. That people rely on him to bring closure and solace.

The author tells the story through a series of flashbacks, and modern day events. Recounting the days of when there was opportunity and a chance at a decent life, soon to be followed by the bloody decent into chaos. It brings a different perspective to the war.