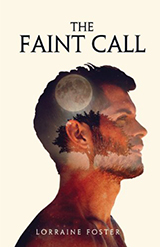 Some people say that they can foresee the future. But most people don’t have that ability. Usually, people aren’t meant to know how their lives will turn out. Bill Hoover, the protagonist in The Faint Call by Lorraine Foster, has no idea his life is about to end when he gets up in the morning. After being hit by a delivery truck, his spirit arrives at Planet Harmony. With the help Cree, the “Creator” in charge of Planet Harmony, Bill learns to deal with this sudden and unexpected situation.

“Who wants to believe the whole game is over when they die?”

There is no doubt that all of us wonder what happens after death. There is much speculation and debate about this topic. According to Foster, Planet Harmony is humanity’s destiny and a soul’s journey there is a crucial step in continuous human evolution. Using scenes from Bill’s family’s past and future, Foster discusses other important aspects of life such as love, motherhood, loyalty and women’s rights. The author believes that increasing spiritual power or creativity should be the ultimate goal of people on Earth. However, it’s questionable that this would resolve all of Earth’s problems. Cree cannot answer many of Bill’s questions and it seems that Planet Harmony itself isn’t an example of perfection and harmony.

Lorraine Foster gives us an original version of spiritual life after a physical death. Although several of her ideas are debatable and some editing errors may jump out at the reader, Foster’s innovative and modern approach to such a difficult subject makes her book an interesting read for people of different ages and backgrounds. And some surprises await readers in the end.