Calcutta: Two Years in the City 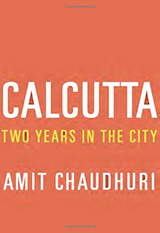 Mother Teresa’s Calcutta was like no other, so was Geoffrey Morehouse’s (still hands down my favorite), and likewise, though a cliché, Amit Chaudhuri’s Calcutta: Two Years in the City. While certainly like no other, it is almost a travelogue rather than a memoir, a mosaic of scenes described rather than felt. As a celebrated novelist, particularly popular in Britain, Chaudhuri ventures down a new path but without the eagerness one might hope for.

He has returned for at least a lengthy stay in the throbbing West Bengali metropolis. In England, he confesses, he has been perpetually homesick, abhorred the silence and the darkness. His pleasure in English folk music was replaced by a passion for classical Indian vocal music. His emotional response to the cultural capital has been nudged away by his misplaced belief in “sociological rigour” (sic.) when writing about a city.

Occasionally the pages come to life and he shrugs off his intellectual persona. He paints a charming picture of afternoon teas with the Mukherjees, the “unexpectedly heavenly sandwiches,” Mr. Mukerjee’s ancient mother hidden in the corner, and his apologetic inability to stand and greet them as a consequence of his long ago polio. The book would have been a joy to read with more scenes like this and photographs would have cheered it up no end. It’s a worthy book, but disappointing for anyone imbued with the spirit of India.