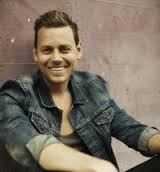 PBR: How did Bridgetown; A Jesus Church come about with its now 6000 members?

Comer: Bridgetown is our newest church plant, and it’s not that big. The 6,000 number is all three of our churches combined. We have this little church family/network thing going on. The original started just about ten years ago in a Middle School cafeteria. God’s done a bunch of great stuff over the last decade. A lot of people changed by Jesus teachings, healing, and power. We planted Bridgetown about four years in the west end of downtown, and it’s a dream come true for me. I still feel like we’re just getting started.

PBR: What got you passionate about young people and relationships?

Comer: Well, for starts, I’m a “millennial” myself, so maybe it’s just selfishness! (kidding). But I really do have a passion for this emerging generation of followers of Jesus. There’s a desire that we haven’t seen in a long time, and that’s exciting to me.

As for relationships, I just spend so much time with college students and twenty-somethings, and it’s by far the thing they are wrestling with. There’s such a chasmic gap between culture’s propaganda on marriage, sexuality, and relationships, and what we read in the Scriptures. And far too often, the church at large has been silent. We can’t keep quiet any longer. We have to work this stuff out as a generation, one question at a time.

PBR: I loved your conversational tone in Loveology. How did you write to maintain that style of writing?

Comer: Thank you. Maybe it’s the Portland in me. One of my favorite things about this city is it’s authenticity. Portland culture is honest to a fault. I kind of love that about it. So I really wanted my writing to feel very down to earth, like you’re having a cup of coffee at Heart with me. Plus, I want to write to twentysometihngs, and – as a general rule – they don’t read long books. They’re used to blogs and apps and tweets. So it has got to get to the point and easy to read, but hopefully still cerebral enough that they are engaged and learning.

PBR: What’s wrong with sleeping with the one you truly love before marriage?

Comer: Well, for me, everything I believe about marriage and sexuality (and life itself) comes from the teachings of Jesus and the biblical authors. So it’s not just that I think it’s “wrong to sleep with the one you love before marriage”; it’s that my worldview is shaped by Jesus’s worldview and that of the Bible.

Really it comes down to how you define sex. Culture basically – as I see it – defines sex as “recreational activity between two consenting adults”. Basically, it’s seen as play – just the biological coupling of two bodies for mutual pleasure. Then the church often comes along and says, “Don’t do that unless your married.” And people think, “Seriously? Are you out of your mind? It’s fun and I’m not hurting anybody. What’s your problem?” Frankly, I don’t blame them. The church bought into culture’s definition of sex, and then made a nonsensical argument for where you should and shouldn’t do it.

The Scriptures define sex as “the fusing of two people – body and soul – into one entity, reconnecting that bond over and over through the pleasure of self-giving sex”. God has SUCH a high view of sex. To him, it’s not just biological, and it’s not just play. It’s way more. It’s the fusing of two souls into one. And the only container strong enough to handle that kind of raw, nuclear power, is that of marriage – a lifelong covenant between two people.

PBR: How is living with the one you love wrong if you are committed to one another?

Comer: Once again, this comes down to worldview. But based on what I already said, because there’s no covenant yet. It’s all the perks of marriage, with none of the commitment, which sounds nice, until you realize that it breeds insecurity and fear in people. They are giving themselves away, in complete vulnerability, without being able to trust that their partner will love them no matter what, for “better for worse, as long as they both shall live”.

It’s not surprising to me that couples who cohabitate have much higher divorce rates, and that’s not even counting the fact that they are most likely to get married in the first place. To culture, that’s counterintuitive and doesn’t make any sense. But if you buy Jesus and the biblical author’s worldview, it’s exactly what you would expect.

PBR: God is really leading your ministry with great success. Is that scary for you?

Comer: Absolutely. As a general rule, most humans don’t handle success very well. But some do, with humility, wisdom, and generosity. So I pray for those three things all the time, and I have a fantastic community around me that keeps me centered.

PBR: In this day and age of promiscuity, and marriage getting a bad rap, are you concerned about any negative response to Loveology?

Comer: Yeah. For sure. What I’m saying cuts across one of the core myths of our culture. We live in the wake of the “sexual revolution” of the 60’s, where our parents were rolling around naked at Woodstock. A generation later, it’s now assumed that sexual freedom is not only a right, it’s mandatory to live a satisfying life. That denying or curbing your sexual desires is somehow “repressive”. But at the same time, we’re more broken than ever before. Over half a century we’ve watched the nuclear family, the building block of society for thousands of years, basically implode. Divorce has ravaged an entire generation. And so, as a generation, we grew up with pain. So writing about marriage, sexuality, and the rest, is definitely like walking on thin ice, but it’s so worth. This is stuff we have to get healing in.

PBR: Your wife Tammy seems whole-heartedly involved in your ministry with you. Did she have the same passion you do for young people and relationships in the beginning or did she develop the same desire to serve them as you do later?

Comer: Yeah, from the beginning we’ve been partners. I can’t imagine doing what I do without her. She’s by far the wisest person I know, especially with relationships. Her thinking has shaped me in so many ways.

PBR: So what’s next for you? Do you plan to continue the “Loveology” events in Portland? Elsewhere? Is there another book in your future?

Comer: Yeah, we’re doing some other Loveology events on the West Coast. That should be fun. And I have another book with Zondervan coming out in 2015. I just started working on it. I’m actually really excited about this next one – it’s on work, rest, and what it means to be human. Should be a lot of fun.