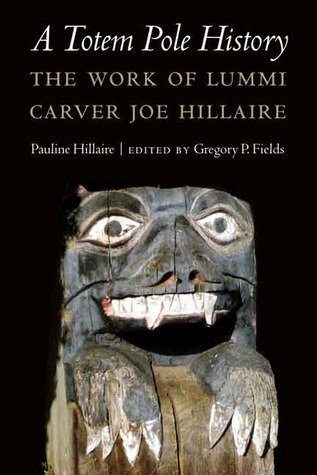 Totem poles are a well-known but misunderstood part of Native American cultural history. By focusing on the life and works of a single master carver of the Lummi tribe, Joe Hillaire, this collection of essays honors the artist and art-form while furthering an understanding of totem pole’s history, function, and place in native culture.

Hillaire was more than a carver: he was a devoted father, a tribal leader and culture bearer, a teacher and ambassador, a historian, and an advocate for native rights. His story is primarily told by his daughter Pauline, and the resulting portrait is rich, warm, and dynamic. Many of Hillaire’s totem poles are discussed in detail, in ways that open hearts and minds, and teach about the skills, customs, and values possessed by the Lummi and other Northwest tribes.

At times, the essays grow repetitive, and occasionally Pauline Hillaire’s storytelling meanders. Yet, taken as a whole, this book operates just like a totem pole – each essay is a face and each face has many meanings, and together, they combine to tell a tale. That tale is the life and times of Joe Hillaire, a man in transition, and a totem pole carver of the Lummi tribe.