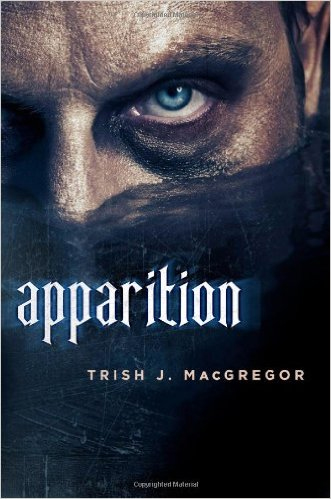 Trish MacGregor’s Apparition is the third book in the Hungry Ghosts series. The city of Esperanza has been quiet since the brujo threat was eliminated four years ago. Now, however, a mysterious blackness has appeared and is swallowing up parts of the city. The inhabitants of Esperanza are coming to realize that the city itself is awakening, leaving them with a choice: leave the city, or remain behind in whatever Esperanza evolves into.

Although this is the third book in a series, Apparition can be easily understood without having read the previous books, as the characters often reminisce about their previous adventures. In fact, so much of the book revolves around the characters going over the events of previous books that Apparition might be somewhat annoying for those who read the first two books in the series. Unfortunately the conflicts in the story never feel immediate or pressing, making it difficult to care about the characters involved. The book is also slow getting started, making it a bit of a slog. Previous fans of the Hungry Ghosts series may want to continue with this third installment, but readers new to the series may be better off looking somewhere else.