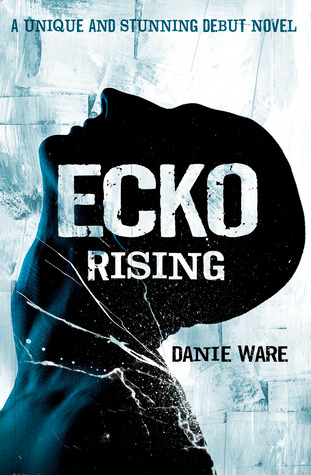 Ecko Rising by Danie Ware is a bizarre mix of science fiction and fantasy, from the hi-tech city of London, to the weirdly backwards and somewhat magical city of Roviarath. Following the character of Ecko, the hardwired chameleon assassin, as he struggles to make sense of his transportation from one reality to the next, Ecko Rising is fast-paced and impossible to put down. The blending of the two worlds leaves the reader struggling to solve the problem along with Ecko, as he tries to decide if this world is just a construct, a figment of his mind, or if it really does exist.

The bizarre blending of two vastly different genres with their separate rules may throw off some readers, but that very uniqueness will draw in others. Ecko is a violent and hard-headed character that seems to be the very embodiment of chaos at the beginning of the story. Ecko grows and changes in response to the challenges presented him in the novel, almost against his will, as his assertion that this new world is only a construct created to psychoanalyze him begins to crumble. A strong start to a series, Ecko Rising promises much more to come.