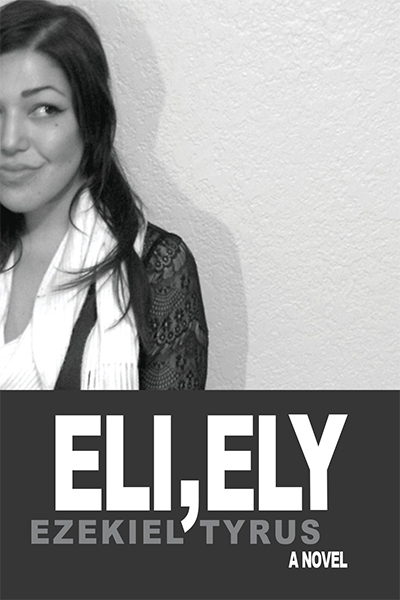 Eli Trocchi is sort of a prick. A big, muscular, tattooed waiter-cum-writer living in a seedy SRO in San Francisco, he, like a large percentage of the city’s population, is a sort of scenester from elsewhere who was drawn in by San Francisco’s allure and has stayed to make the city his own. Nobody reps their Bay Area pride like those who aren’t originally from the Bay Area, after all (as a native, I should know). Eli is a bit down on his luck, having recently left his successful but personally and financially unsatisfying gig at California Pizza Kitchen for a more promising gig at Burberry, only to be unceremoniously told to seek employment elsewhere after a mere three weeks. On top of that, his girlfriend Jennifer Ely, just returned from a summer at Yosemite, has broken up with him, and he’s a little torn up about it.

Told in a series of vignettes and out of chronological order, Eli, Ely tells the story of the lovers, from their initial encounter to their eventual demise. Existing a bit out of the mainstream — not a yuppie, not a hipster, not exactly part of one specific club, but the sort of guy who you can tell tries just a little too hard to be cool — Eli is a strange dichotomy: the tough guy, the consummate insensitive prick with an artist’s soul and a soft side. He has indiscriminate sex with women because he can, but he feels his love for Jennifer Ely deeply — though perhaps in part because she’s just as self-involved as he is (and he knows he is)? You want to have sympathy for him, but he’s such a jerk, in spite of his redeeming qualities, that it’s hard to have too much empathy for him.

All in all, Eli, Ely reads as heavily autobiographical, and judging from photos of author Ezekiel Tyrus, and what I read of his biography, Eli is based heavily on him. That’s cool. Maybe he’s a jerk with a heart of gold, too, or maybe he just looks tough. Overall, though, much like San Francisco itself, Eli, Ely seems to try a bit too hard: a bit too hard to be hip, a bit too hard to be authentic, a bit too hard to be honest. The constant bar name-dropping may make Bay Area natives smile (“Hey! I love the Hemlock,” they may say to themselves), but those unfamiliar with the SF bar scene may end up feeling a bit alienated. After all, what do specifics matter in the grand scheme of things? Tyrus is a good writer, but he is no Henry Miller and, consequently, the novel’s guided tour through the streets of San Francisco is more cumbersome than enlightening.

Though, hey, maybe I’ll run into Ezekiel Tyrus at Whiskey Thieves next time I’m home for a weekend…