Paul Lynde: A Biography. His Life, His Love(s) & His Laughter by Cathy (Fitzgibbon) Rudolph 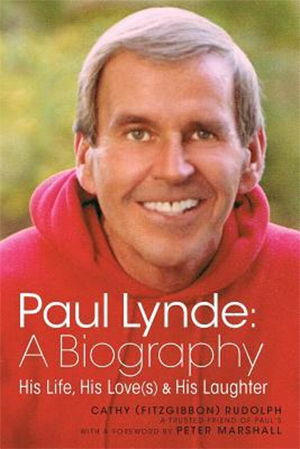 Paul Lynde is remembered by a generation as the consummate funny man, primarily known for his roles as Uncle Arthur in Bewitched and as the center square in the game show Hollywood Squares. The image he created in those roles was one of cheerfulness, flamboyance and biting wit. To all outward appearances, Paul appeared successful and happy yet his humor covered up significant loss, self-doubt and alcoholism. This book, Paul Lynde: A Biography. His Life, Love(s) and His Laughter by fervent fan and friend Cathy Rudolph details Paul’s early life and the experiences that made permanent impressions on him. The book also discusses the trajectory of Cathy’s friendship with Paul from unlikely meeting to solid friendship. It is refreshing to read a biography of a celebrity that does not relish in sensationalizing details of its subject’s life and this book is clearly written out of love and admiration. It’s a fascinating story in a complicated man who covered his hurt through food, comedy and alcohol. Yet what is most apparent throughout is that Paul kept everyone in his life at a distance, even his friends. This book is a good homage to Paul and an enjoyable biography to read.