The Collaboration: Hollywood’s Pact with Hitler by Ben Urwand 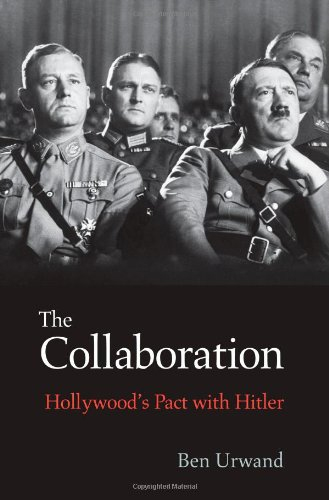 Hollywood movies help spread western culture and values around the world. For a long time it was viewed as a weapon of propaganda that could be used in other countries to help people change their ways. Even though it is not considered to be that way anymore, and many people find it hard to believe that it once had that power, in the end Hollywood was powerful but they caved to the Nazi’s for a long time so they would not lose a valuable market.

This book explores the role of Nazi Germany and Hollywood throughout the early 1930s, when Hollywood executives made many changes to movies that the Nazi’s objected to, like the portrayal of Jews in the movies, how Germany was viewed, among other things. Even though the major studio heads were Jewish, at times they were more concerned about keeping the German market open, than sending a political message.

This is a decently written book, easy to read and easy for a general reader to follow. Though at times the author goes off on some tangents that really distracts from the overall story, which slows it down and stops the narrative from moving.