World After by Susan Ee 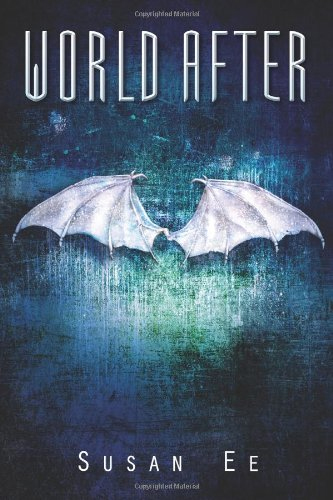 World After by Susan Ee is the sequel to her breakout hit Angelfall. Beginning where the previous book left off, the story follows Penryn and her family as they struggle to survive in a world destroyed by the arrival of angels. At the end of Angelfall Penryn had successfully rescued her sister Paige, but she had been experimented on and altered in terrible ways. The resistance group accepted Penryn, but is disturbed by her mother and sister, and after a brutal confrontation, Paige disappears into the night. While searching for Paige, Penryn discovers the twisted machinations of the Archangel Uriel and is torn between her desire to find her sister and saving the humans trapped on Alcatraz. Her path once again crosses with Raffe, her fallen angelic companion, who continues to hunt for his wings. Drawn to each other, their separate quests both lead to one man, the demon Beliel.

“I’m in the middle of another poorly thought out, harebrained scheme that risks not only my life but all the other lives around me.”

This is an engaging book, extremely fast paced and nearly impossible to put down. The book has plenty of religious references but plays with them in science fiction fashion. The characters are believable and interesting to follow. Raffe and Penryn’s chemistry is tangible and fascinating; particularly since they are both aware of how bad such a connection could be for their situations down the road.

World After continues to build on the world and suspense created in Angelfall. This book is highly recommended for YA apocalypse fans but make sure to start with book one.