Beyond Classic Mythology: Braving the Path of Multicultural Fiction

Beyond Classic Mythology: Braving the Path of Multicultural Fiction
By Amalie Howard

In fiction, if someone asked you about classic mythology, there’s a good chance that you’d automatically think about the pantheon of Greek gods and goddesses. You wouldn’t be alone. In genre fiction, retellings and re-imaginings of Greek myths have been made popular by authors like Rick Riordan, Aimee  Carter and Meg Cabot. When I was initially plotting out Alpha Goddess, I tinkered with the idea of doing a cross-mythology story—in other words, trying to tie more popular Greek mythology into some of the stories I’d heard of as a child that were steeped in East Indian mythology in order to make it more appealing to Western readers. Good intentions aside, the first draft didn’t quite get there. There were too many disparities to make it seamless. So instead of writing a book that straddled two distinct types of mythology, I decided to focus on the East Indian mythology, but written with a Western feel. My goal was to draw readers to a new and exciting type of mythology by building it around a story and characters that they could relate to, and making it similar to what was already popular in the market. At the end of the day, I wanted to bring something culturally-different to fiction, and keep it commercial.

There is a plethora of descriptions for multicultural fiction. Some say it is defined as fiction that involves ethnic groups, cultures or characters that are new to a reader, or it’s fiction that is written about or by a person of color. Alpha Goddess fits into all of these categories—it’s about East Indian culture, it’s about Hinduism, it’s written about people of color, and a person of color wrote it. Although Alpha Goddess is indeed a work of fiction (there are elements in my story that certainly don’t exist in any mythology), my inspiration for the characters and the world-building in this novel was based on actual Hindu mythology. My father is a second generation Brahmin (priest class in traditional Hindu society) so Indian mythology was an integral part of my childhood. Fascinated by stories and legends of various Hindu gods who incarnated as avatars to avert human tragedy, I wanted to write a story that encompassed some of these elements. 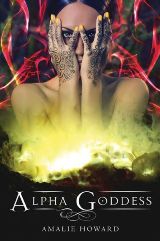 Hindu mythology defines fourteen worlds with seven higher worlds (heavens) and seven lower ones (hells). The earth is considered the lowest of the seven higher worlds. In the world-building for Alpha Goddess, I combined the six higher worlds to create Illysia—the light realms, and the lower seven (the hells) to be Xibalba—the dark realms. I wanted this story to be an epic battle between Illysia and Xibalba for control of the mortal realm (Earth). The core of Hinduism is the belief in Brahman, the underlying universal life force that embodies existence. Hindus recognize one single Supreme Being, and all other gods and goddesses are lower manifestations of that one Supreme Being. In Alpha Goddess, I focused on the Trimurti, which is comprised of Shiva, the destroyer, Vishnu, the protector, and Brahma, the creator, as well as their consorts, Shakti, the goddess of courage and power, Lakshmi, the goddess of wealth, and Saraswati, the goddess of learning. The male protagonist in Alpha Goddess, Devendra (which meansking of gods in Hindi), is based on Vishnu, the second god in the Hindu trinity. Vishnu is the known as the preserver of moral order and the protector of life, balancing the processes of creation and destruction. He is portrayed with a blue body, wearing yellow clothing, a garland of flowers around his neck, golden earrings and a crown. The blue color symbolizes infinity. Vishnu is also known for taking the form of ten avatars to restore order in the world, the most popular of which is the incarnation of Rama who fought the demon Ravana in the Ramayana. In Alpha Goddess, to give Devendra (an avatar of Vishnu) a more modern edge, I opted to give him blue tattoos all over his chest and arms instead of making him blue as he is depicted in the scriptures. It was a simple change, but one that made him more current and more accessible to young adult readers. My female protagonist, Serjana, is the reincarnation of Vishnu’s consort, Lakshmi. Tied to Devendra, she has to work through the memories of her various incarnations, which created a lot of tension and plot complexity—not only does she find out she’s a reincarnated goddess charged with preserving balance in the mortal realm, she has to navigate all her feelings as it relates to her best friend, Kyle. This notion of reincarnation is integral to Hindu philosophy, but it also made for some intense relationship conflict between the three main characters. 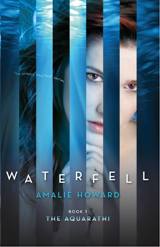 Incorporating these mythology elements into a contemporary young adult story (navigating high-school, friendships, relationships, teen struggles, self-awareness and peer confidence) and providing a layered, enjoyable reading experience for my audience were two of my main goals for this novel. But to do so, I knew that in a world where Greek mythology was the primary basis for comparison, I had to make the story relevant to teens today andcompelling so that readers across the gambit would be hooked by something new. During the sales process for Alpha Goddess and before it was bought by Sky Pony Press (and my brilliant visionary editor), many of the mainstream Big Six publishers responded that the story was “too exotic.” It wasn’t mainstream enough, and unfortunately, as much as I didn’t like hearing that, it was the truth. However, I do think that readers are hungry for something different, even if it isn’t conventional by socially-determined standards. YA, like its constantly evolving audience, seems to be more amenable to exploring and embracing distinctive characters or storylines, and I find myself responding to that. For me, a huge part of reading is education. I grew up in a multicultural and multi-religious home in Trinidad and Tobago. I lived in five countries by the time I turned twenty-one. I was recruited by Colby College in 1993 because I added diversity to their student demographic. I am a person of color living in one of the most dynamic and socially-diverse cities in the world. So at the end of the day, isn’t that what this story is? An expression of my diversity and my non-traditional heritage? You bet your multicultural pants it is. If you are reading this article, I urge you to try reading some culturally diverse mythology, so that the next time someone asks, “do you like classic mythology,” you can reply with aplomb, “define classic.” 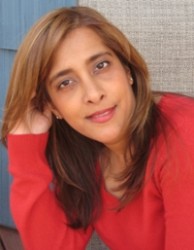 Amalie Howard is the author of a variety of multicultural young adult novels, including Bloodspell, Waterfell, The Almost Girl and the upcoming Alpha Goddess. She grew up on a small island in the Caribbean and lives today with her family in New York.
http://amaliehoward.com/