Class A Racism in Scandinavia 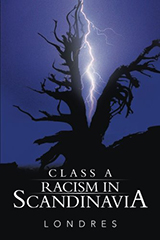 This is a strange book indeed. The author is an immigrant to Denmark, whose partner was murdered along with their unborn baby. He tells an increasingly dark tale of harassment, threats and attempts to inject him with HIV. When the author travels to Finland to see his family he is followed, and his tormentors target his family members, several of whom work in law enforcement. We are never told where the author is from, although it is implied that neither he nor his partner is white.

The book is self-published, and it appears as though English may be a second language for the author. As such, many sentences lack articles and don’t appear to be logically constructed, which makes the story confusing to read at times. The book exposes the impacts of racism and violence, but the connections with drugs and Mafia enforcers are hard to see, and make for a difficult read.