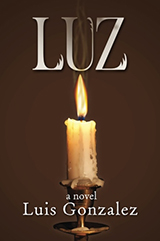 It’s 1994 in Havana, Cuba. An exodus of refugees to the United States is occurring. Mass groups of people are fleeing their homeland on makeshift rafts, on innertubes, braving the ocean in hopes of escaping Fidel Castro’s oppressive regime and making a new life for themselves in America. One of the many hopeful immigrants is Clara, a young woman whose life, and the lives of those she loves, has been stunted by the Castro regime, dictatorial policies and practices. Her father’s career, reputation, and life ruined by cultural mores and restrictions, her sister blinded by malnutrition, her husband’s architectural ambitions dashed time and again by the government and her own educational goals sacrificed by the powers that be. Clara has nothing but contempt for the Cuban government and sees in America an opportunity for change, an opportunity to have a real life.

But before she can embark on her journey, she must convince her husband, Rigo, to join her. In spite of their families’ most valiant efforts to dissuade them, Clara and Rigo agree to ship off on August 15, 1994. That is, until a strange visitation the night before their departure date sets Clara on a path she never could have imagined—and one that completely shifts the direction of her life.

Luz is the first novel by author Luis Gonzalez. Unlike much self-published work, this novel does not come off as amateurish or overwrought. Gonzalez is a strong writer, and though the novel rambles at times (one chapter consists solely of a dialogue between God and Jesus in heaven, which is clever and amusing but could have been shortened to half the length without losing any significance), it is so strongly written, so well written, that one can easily overlook the occasional unnecessary lines and descriptions and instead focus on a story told from the perspective of an intelligent, headstrong young woman whose life, like so many of our lives, takes a turn quite the opposite of what she had intended and does so with miraculous results.