Killer on the Road: Violence and the American Interstate 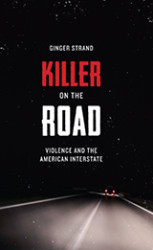 The Changing Landscape of Fear

The American Interstates are a model of engineering efficiency. Designed to move cars, people, and goods around the country in a quick and easy fashion; they were a major game changer when they were completed in the 1970s. This book looks at the dislocation these new interstates caused, especially the role of violence, and how the interstate system might have help expand its role. It explores several major cases, the people involved, their socioeconomic background, and how they used these brand new marvels to their (dis)advantage. At the same time the author explores how these freeways changed the ways we live, work and play, as well as how they were at first seen as engineering marvels, but quickly became ways to make cities expand quickly and lead to rapid climate change.

This book is good, but not great. At times it loses its focus, and tries to be many things at once instead of just focusing on one thing, violent killers and using the interstate system. Instead she also looks at the broader impacts on society, and economics, and it feels muddled at times.