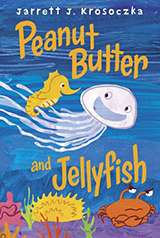 This was a wonderful story teaching lessons about bravery, decision making, bullying and the ability to say sorry when one makes a mistake (or two).  The full color pages contain simplistic drawings that are cute and engaging. This book will lead to wonderful discussions with your child when situations arise that require them to react to some not-so-nice actions of their peers.