Philosophers and Mechanics (a love song) 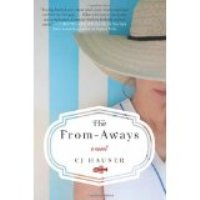 A guy walks into a university and says, Hey, there’s something wrong with my novel, can you fix it?

A philosopher says, Tell me about it, and the guy does, and the philosopher says, I think you’re both overusing themes of mortality and overlooking the eco-critical context of the time during which your novel is set. So the guy goes home, and he mulls this over. He tinkers with his novel but, still, the damn thing won’t go.

The next day the guy walks into a garage and says, Hey, my novel’s not going anywhere; I think it’s broken. Can you fix it?

The mechanic says, Pop the hood. The guy does and the mechanic says, Well, I think your ratio of exposition to scene is a little wonky, and your dialogue patterns don’t ever vary, and the characters don’t seem to want much of anything…what do you have this thing running on, anyway?

The guy says, what do you mean, running on?

The mechanic says, Interpersonal drama? Line by line-writing? Suspense? Compelling characters? What kind of fuel you put in her?

I don’t know, the guy says.

The mechanic says, Well, that’s your problem right there.

As a person who recently spent two years taking a novel from first draft to final, I consulted my fair share of philosophers and mechanics. Both are necessary, of course, but this is a love song for all the mechanics out there.

The first draft of my novel, The From-Aways, out this month from William Morrow, weighed in at an unwieldy 455 pages. At first, I couldn’t see my way to cutting more than a page here or there. I “edited” it. I thought about what I was trying to say about small town life and home. I thought about the big dreamy ideas and philosophies that were motivating my characters. Belonging! Love! Anti-Over-Development Sentiments! I cut a few lines that were, perhaps, I could concede, gratuitous. Then I added a flashback detailing the operating procedure of the local bait shop.

People always talk about killing your darlings. And I thought that I was. But I was poking at my darlings and asking them politely whether they thought they might not have someplace else to be.

A year later, I knew something was keeping the novel from running, but couldn’t figure out what. Then my friend Ruth, one of my most trusted mechanics, told me that the catalyzing event that was supposed to motivate so much anger among the people in my fictional town, a confusingly described access road, was stupid, and made certain chapters feel listless. Here’s what people care about in a small town, Ruth said: parks, schools, and monuments. Ruth had diagnosed the trouble with my ignition. I replaced the access road with an ocean-side park and a historic carousel.

Another favorite mechanic, my friend Meredith said, I love the scene where the girls celebrate Christmas together, but I’m not sure whether it moves the book along. I was livid. She was trying to cancel Christmas! I stormed around my room for a minute. Then I looked at the scene, and realized she was right. My book was trying to tow more than the engine could handle. I cut it.

I became obsessed with looking at the book this way. What was I actually building my scenes out of? How much dialogue versus reflection versus action?

I mapped out the whole book on index cards, one for each chapter, yellow for one narrator, green for the other. On each card I listed what was actively happening in each scene, as well as what backstory or reflective information came to light. On each card I wrote one thing that chapter was doing that was new and necessary for the novel. On some cards I was horrified to realize there was nothing to write.

When I stepped back and looked at my psycho-killer index card matrix I realized that so much of what I had considered un-expendable was, in fact, dead weight. Charming, themey-philosophical, dead weight.

It was a darling bloodbath.

Here is what I’m trying to say: long live the mechanic! 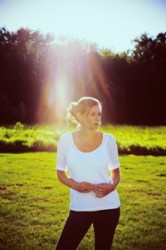 CJ Hauser’s fiction has appeared in Tin House, TriQuarterly, SLICE, The Kenyon Review, and Esquire. She is the 2010 recipient of McSweeney’s Amanda Davis Highwire Fiction Award, and the winner of the 2012 Jaimy Gordon Prize in Fiction.
Her newly-released debut novel, THE FROM-AWAYS (William Morrow) is a story of family, friendship, love & lobsters set in small-town Maine.
Though ever and always a New-Englander in her heart, CJ currently lives in a little white house, beneath a very mossy oak, in Tallahassee, Florida.