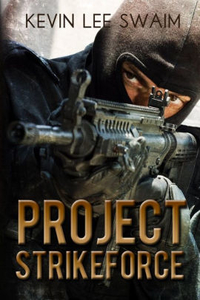 When former soldier John Frist detonates a bomb outside the Red Cross, killing hundreds of innocent civilians, he believes he is seeking revenge for wrongs committed against him by his country. With traumatic brain injuries from an IED attack in Iraq, Frist confuses the responsibility for his father’s death and places blame on the American government and the Red Cross. Frist has become exactly what he was fighting against in the Middle East: a terrorist. But he is also a strong, skilled warrior with an acute mind. He’s the sort of man who can be utilized by the government to bring down Abdullah the Bomber, a former Mujahideen and one of the most destructive terrorists still active. He’s a man whose body and mind can be manipulated via science to create an almost—but not quite—super human, the ultimate killing machine. Only this time, instead of targeting innocent civilians, Frist will be targeting enemies of the state—without his approval.

But Frist is only part of the story. He propels the action forward, but the protagonist of Kevin Lee Swaim’s Project StrikeForce is really Eric Wise, a man who, like John, has seen his share of combat and has the emotional scars to prove it. When Wise is recruited by the government to head an operation for the top secret Office of Threat Management—an operation involving Frist in a brainwashed, scientifically enhanced state—his life takes a turn he never could have suspected, and he is drawn into a world of dubious morality and military might.

While the title of Swaim’s novel may not be compelling to those of us who are not fans of sci-fi (after all, it does sound like it takes place on a spaceship, doesn’t it?), his writing is strong, and the characters are compelling. Yes, the novel does occasionally slip into cliché (why must the badass female characters always be blonde and sexy, one might ask?), but, overall, Project StrikeForce is an exciting read. It has action, adventure, intrigue, and violence—but in the guise of a truly well-constructed, well-written science fiction action adventure novel.