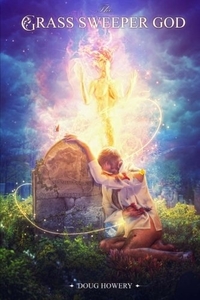 Life is rough for Smiley. An effeminate boy in small town Appalachia, he’s part of the short bus crowd, not as a result of any intellectual abnormality, but as a result of his penchant for wearing women’s clothing. Abandoned as a small child by his mother, Smiley has been raised by his aunt Lettie, who runs a juke joint, and her macho meat head husband, who has some demons of his own and is emotionally and physically abusive to Smiley. Things come to a head when Smiley, with the help of a new teacher, is cast as Dorothy in a local production of a slightly modified Wizard of Oz and his uncle conspires with two hateful classroom bullies to destroy the production—and destroy Smiley along with it.

This traumatic experience puts Smiley in a downward spiral. He ends up in New York with his born-again mother, working as a transsexual prostitute and living his life as the woman he always felt himself to be. And this is all within the first 100 pages of Doug Howery’s The Grass Sweeper God. Named for a story Smiley and his best friend Lee are told by their Native American friend Carr, the novel centers around issues of identity and violence against women and those marginalized by society.

While the book has some strengths, the plot moves at an unrealistically fast speed and many characters are not fully fleshed out before playing a pivotal role in Smiley’s life. They come across more as caricatures than real people, but not in a way that benefits or propels the story. While the story in The Grass Sweeper God needs to be told, Howery would be well-served by pacing it more evenly and making the flow of the novel more gradual, so that Smiley can really shine.