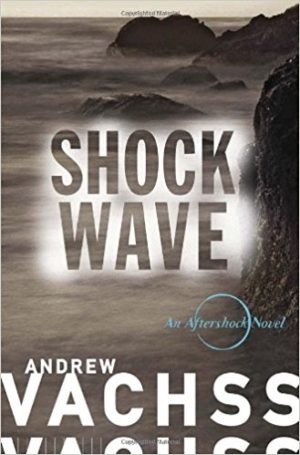 Dell, a former Legionnaire and mercenary, and his wife Dolly, a former battlefield nurse, have settled in a quiet town on the Oregon coast hoping to live in peace. But when a body is found on the beach, they are drawn into a situation that leads to the kind of violence they thought they had left behind; the dead man had belonged to a neo-Nazi organization. When Mack, a local social worker, tells Dolly that a harmless old man with mental problems had been arrested for the murder she is outraged. Dolly asks Dell to look into it, not realizing the scope of the organization behind the murder.

The first part of the book contains a great deal of writing about the life of a mercenary, and trying to understand where the story is going is like grasping at mists; it’s difficult to get any footing. While some of the characters in the story are fresh and interesting, there are some who pop up with no prior introduction, apparently residents of a former book. It may be to the reader’s advantage to read Aftershock, the previous book in this series, before tackling Shockwave. Otherwise, the first half of the novel seems full of bumps and holes, requiring the reader to use their imagination to fill in the blanks.