The Lotus Cross by Ray Anderson 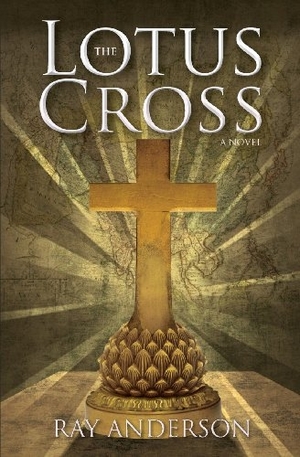 Professor and archeologist Michael Drake is going over his notes when he receives a life-changing phone call from his brother-in-law Charles. Charles has been going through his late father’s papers and has found an old document that he wanted Michael to see. The paper describes an artifact called the Lotus Cross that purportedly had miraculous healing powers; this document also refers to the Messiah and Doubting Thomas. Fascinated, Michael decides to research the history, and eventually finds himself in India at the church of a secret Christian sect. His search for the long-lost gold Cross leads him into unforeseen dangers as he follows the trail into exotic locales – an old and ailing Russian mobster hears of the healing Cross and covets it, and will go to any lengths to get his hands on it.

Ray Anderson, an ordained minister, has crafted an exciting adventure that starts in London and, in addition to India, includes scenes in Moscow, Africa, China, and along the ancient Silk Road. While the first part of the book may get off to a slow start, once the action begins, it is constant. Memorable characters and a touching relationship with an orphaned African girl add to an enjoyable story.