The Virgin of Clan Sinclair by Karen Ranney 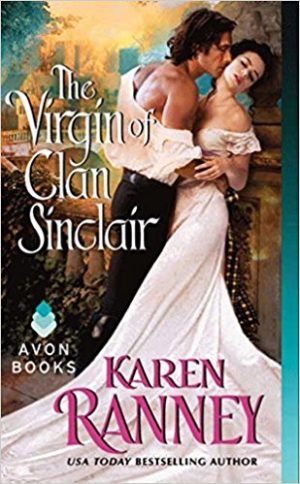 Ellice Traylor has spent a lifetime under her mother’s disapproving eye, pouring all her scandalous thoughts and feelings into an erotic manuscript. The son of a wastrel skirt-chaser, Ross Forster has become an uncompromising rule-follower, but nothing could prepare him for a contradiction like Ellice. Once Ross reads her manuscript, he finds it impossible to get the carnal scenes out of his head, and refuses to believe that a virgin could write such eroticism. When stolen kisses lead to a hasty marriage, Ellice and Ross must heal their wounded hearts in order to write a passionate, loving future for themselves.