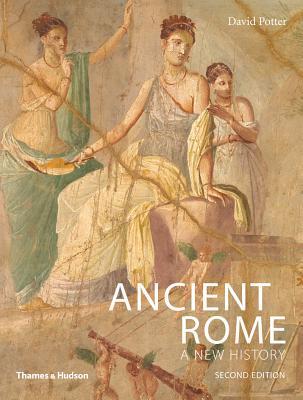 David Potter’s Ancient Rome: A New History is one of the authoritative introductory texts to the history of the Roman Empire. His book addresses the time period from the earliest development of the Roman civilization and the Republican period through Constantine’s conversion to Christianity and the fall of the Western Empire.

This book is probably not one that would be a casual or entertaining read for most readers. It is a textbook designed to teach about the history rather than to entertain. Some of the chapters, particularly the early chapters dealing with the Republican period, have a great deal of difficult vocabulary. The author’s resume is impeccable, however, and the book, while authoritative, is largely approachable for the invested reader, with the possible exception of the vocab in the early chapters. Potter masters the balance between explaining economic, political and social situations to his readers without overwhelming them with extra details. The difficulties of this book will more than reward the reader with a new understanding of Ancient Rome.