Arts and Crafts by J.T. Prescott 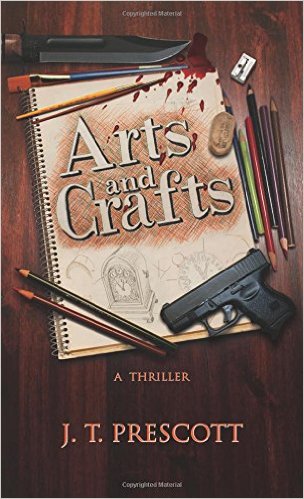 Ken Frazier was a depressed, widowed retiree until receiving a phone call from an old friend and former colleague. The call spins Ken’s life into a whirlwind of dangerous intrigue. The friend, CIA logistics administrator George Larson, has been told of a secret meeting overheard by a facility employee. The men there were planning to send foreign snipers to American cities in order to create a national crisis. George explains that congressmen and senators were possibly involved, so he couldn’t safely go through normal channels. Before long, George and his informant are dead.

Recently reconnected with two other retirees he worked with during his time as a CIA operative, Ken realizes it is up to them to investigate the situation and to prevent the assault on America.

Even though there are many characters to keep track of, this story roars forward with plenty of action and intrigue. Relevant to today’s political reality, this stunning story should come with a warning: you won’t want to put it down until the final word.